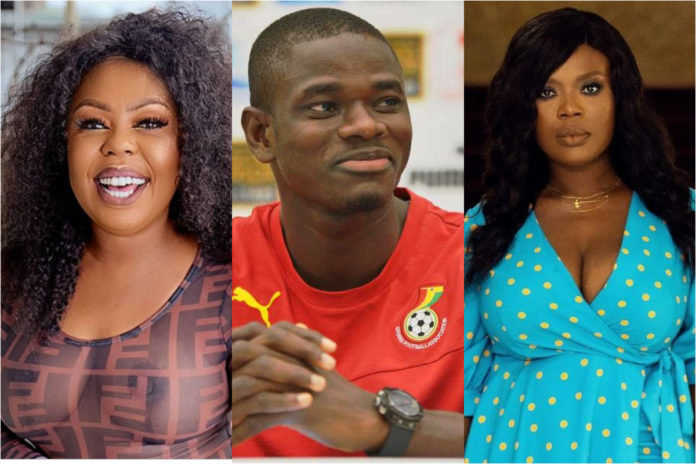 Controversial comedian Afia has taken to her Instagram page to fire back at Delay after a video of Delay hit the internet. Afia Schwar has dragged Delay into the gutters for claiming that she threw shades at her and her friends in her video.

It will be recalled that the two; Afia and Delay used to be best of friends after Delay brought Afia Schwarzenegger to the limelight through one of the popular series Afia Schwarzenegger. For some reason, their relationship went sour and since then, the two have been throwing shots at each other on social media, indicating that they are enemies.

In a video that hit the internet, Delay was seen on her entertainment show doing what she does best. She made some comparisons using herself and some group of birds and mentioned “Borla bird”; a name that most social media users tag Afia Schwar and her friends Tracey Boakye and Diamond Appiah.

Speaking in proverbs, Delay threw shots at Tracey Boakye and Diamond Appiah describing the trio as dumpsite-feeding birds and described herself as an Eagle.

READ ALSO: Sarkodie Makes His Debut For An Interview With Grammys

Afia Schwar in response has fired back at Delay and has claimed that Delay gave herself freely to one of the Black Stars players, “Jonathan Mensah” but the player turned her advances down.