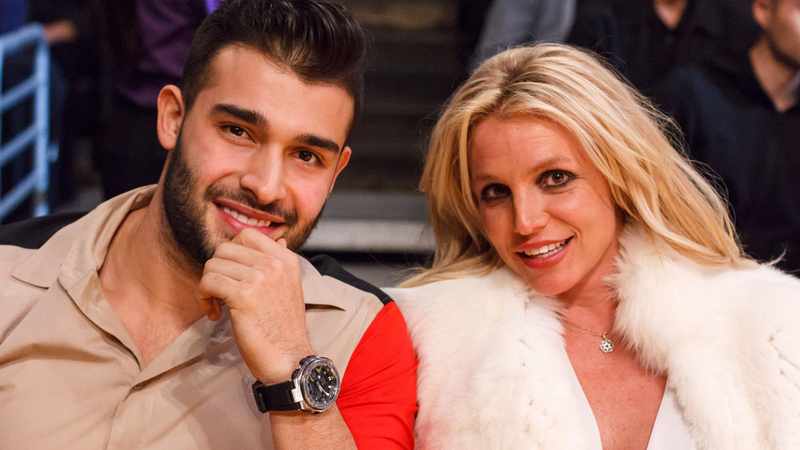 Britney Spears is in a hurry to get hitched following her engagement to Sam Asghari.

The 39-year-old pop sensation has been dating fitness instructor Sam, 27, for five years and is now said to be in a hurry to get down the aisle.

A source close to Britney told PEOPLE: “She wants to get married as soon as possible”

The source also revealed the singer’s preferred choice of location for the big day, adding: “She would love a beach ceremony at a tropical destination.

Britney herself was thrilled when Sam popped the question to her, taking to Instagram to share the news with her 34 million followers.

In a short video, she showed off the custom-design diamond ring, which jewellers at Forever Diamonds NY reportedly named “The Britney” in honour of the “Toxic” hitmaker’s happy news.

She captioned the post: “I can’t f***ing believe it”

The “Toxic” hitmaker went on to tell her followers how “shocked” she felt before joking that the engagement was “way overdue.”

She wrote “Words can’t even say how shocked I am … geez although the a***ole was way overdue. It was definitely worth the wait!”

The “Gimme More” singer was thrilled with the ring and, although she was aware the engagement was on the cards, it has still left her “ecstatic”.

A source said: “[Britney] knew that the engagement was coming but it was still a surprise. Sam proposed at her house, and she loves the ring. She is ecstatic.”

The happy news for Britney comes just days after her father Jamie, 69, filed a petition to end the conservatorship which has had control over her estimated $60 million fortune since her breakdown in 2007.

Britney’s attorney Matthew Rosengart described the filing of the petition as “vindication” for his client.

He said: “[The filing] represents a massive legal victory for Britney Spears, as well as vindication.”