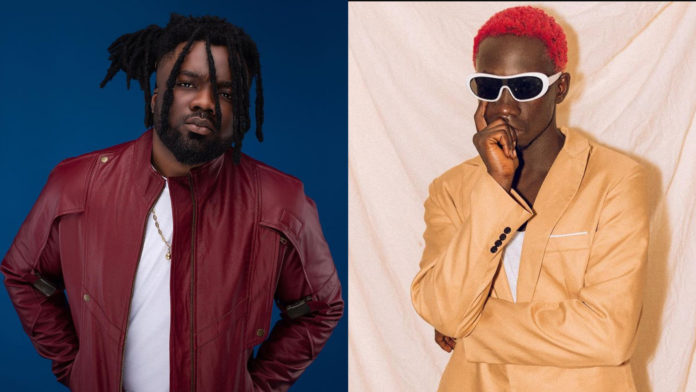 Lord Paper claims that Bosom attacked him because he replaced him on his current song, “Skin Pain,” with Mr Drew.

Lord Paper explained why he did so by saying Bosom PYung didn’t show up when it was time to edit the recording they did  and never called to explain why he couldn’t make it after waisting his and his manager’s time.

He claimed that after the attack at Kiki Bees, PYung’s manager came in and pleaded on his behalf, claiming to be depressed or something like that to avoid him taking things further.

Below is a video;