Blackmailers: Moesha was shocked after receiving the audios I sent her 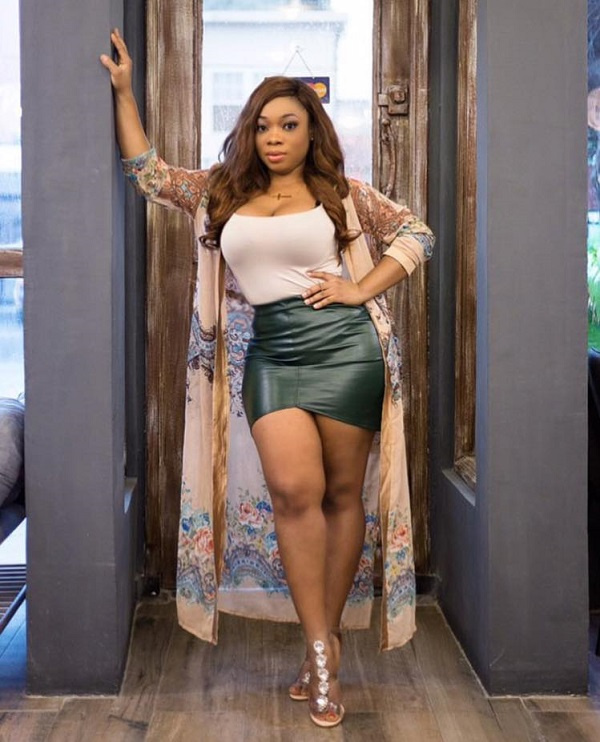 • According to her, Moesha was shocked after listening to the audio

• She has described Tracey Boakye and Afia Schwar as blackmailers

Actress Moesha Buduong could not believe her ears after listening to all the allegations levelled against her by some people she considered as close friends, this is according to Ayisha Modi.

The actress has been away for months but according to reports she has been receiving treatment after going through one of the most difficult life experiences. It could be reported that Moesha back in July attempted to take her life but was rescued by some good Samaritans.

But in a recent revelation by Ayisha Modi who earlier leaked an image of the actress on her Instagram page, some close friends of the actress have betrayed her.

On Wednesday, September 15, 2021, Ayisha better known as “She Loves Stonebwoy” levelled some allegations against actress Afia Schwarzenegger and movie producer, Tracey Boakye in a post on Instagram.

She claimed that the two have been circulating falsehood all in an attempt to tarnish the image of Moesha.

Ayisha who describes herself as a “pandemic and nightmare” for evildoers in the entertainment industry added that she has in possession audios of the two women speaking ill of Moesha.

“Shameless souls. I have sent all ur audios to @moeshaboduong and ur reply will soon drop. Arrr the girl self shock after seeing what her own so-called friends did to her. Siafuo,” part of his post read.

“Mad evil witches. She will fight her helpers saaaa until she is no more living. Respecting your man. Which of them? The yawa King or ur dogs. We that we don’t have men make we go sleep. I have dare them to post their mothers, baby daddy’s, children, husbands or their children passports k3k3 Aw this Rejected Nation Evil souls are not guy kraaa. Mafias paaa wey them can’t Mafia me and just post their mothers l3k3. You ppl no get heart ooo. Just post ur mother sia. Nation rejected Blackmailers,” Ayisha stated in a post directed at Afia Schwar and Tracey Boakye. 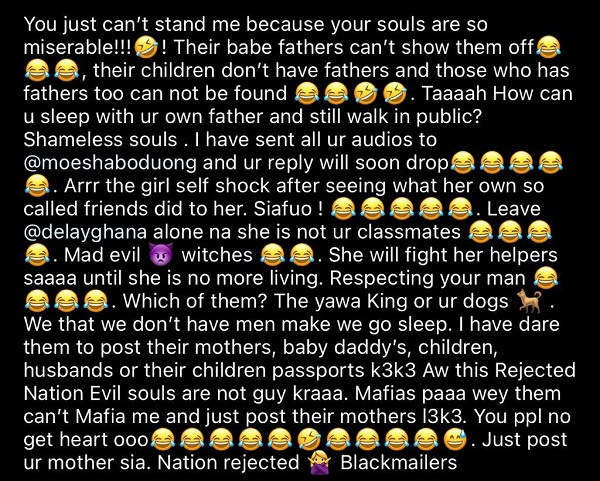 I will beat you physically