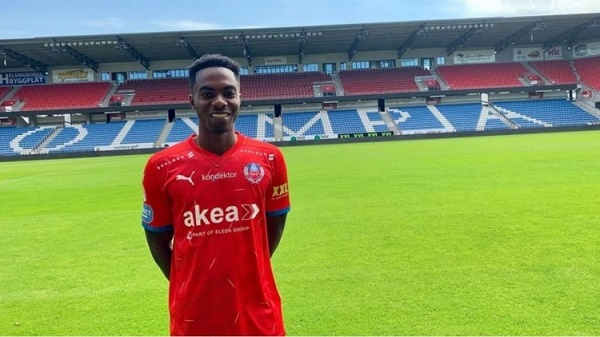 Ghanaian young midfielder Benjamin Acquah netted his very first goal for Helsingborg IF in their home draw on Tuesday in the Swedish Superettan.

Acquah opened the scoring of the match as Helsingborg shared the spoils with Trelleborgs FF with a 1-1 stalemate.

The 20-year-old was brought on in the game in the 72nd minute to replace Dennis Olsson.

Acquah spent only three minutes on the pitch to get his name on the scoresheet after being set up by Rasmus Jonsonn.

The visitors drew level at the Olympia Stadium with just one minute to end proceedings with a goal from Mattias Hakansson.

The youngster is playing on a season-long loan from Ghanaian club Ebusua Dwarfs with an option to make it permanent after the 2021 season.

Acquah has so far made 10 appearances for Helsingborg in the Swedish second-tier since joining in February.