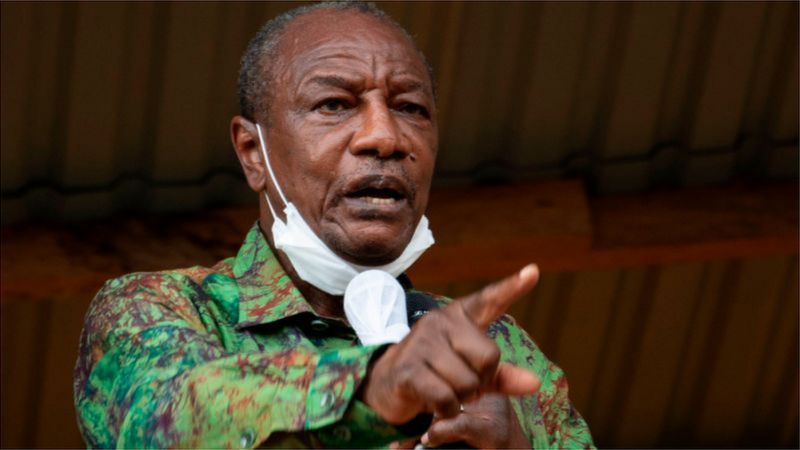 Deposed Guinean President, Alpha Conde, is still shocked and coming to terms with the coup that toppled his government, Ghana’s Foreign Minister, Shirley Ayokor Botchwey, has revealed after he led an Economic Community of West African States (ECOWAS) delegation to Guinea to assess the situation.

Several military officers in Guinea, led by Colonel Mamady Doumbouya, said that they had dissolved the constitution and government in the country.

President Conde has since been in detention, and concerns have been raised about his well-being and treatment.

According to madam Botchwey, the deposed former President is physically well.

“Physically, he looks very well; we even talked to his doctor, who ascertained that indeed physically he’s very well.

“But for anybody who has gone through such a traumatic experience like he did, mentally, it’s not the best, not to say that mentally we found anything wrong, but he was quite shocked; he’s still in a state of shock,” she said.

The Foreign Minister also disclosed that the coup leaders outlined many conditions to release the deposed president and relinquish power for a civilian-led transition.

“Conditions under which he’d be released, that, I at the moment, cannot talk about, the Heads of State sent us on a mission, we will present the report to them tomorrow.

“Indeed, they did put to us a number of conditions under which he will be released, but it will not be proper to put that out now,” she added.

She did not reveal the specific conditions as a report would be presented to the ECOWAS Heads of State at the extraordinary summit.

She explained that seven ECOWAS Heads of State will be arriving in Ghana Thursday morning for an extraordinary ECOWAS summit to consider the report of the delegation dispatched to Guinea.