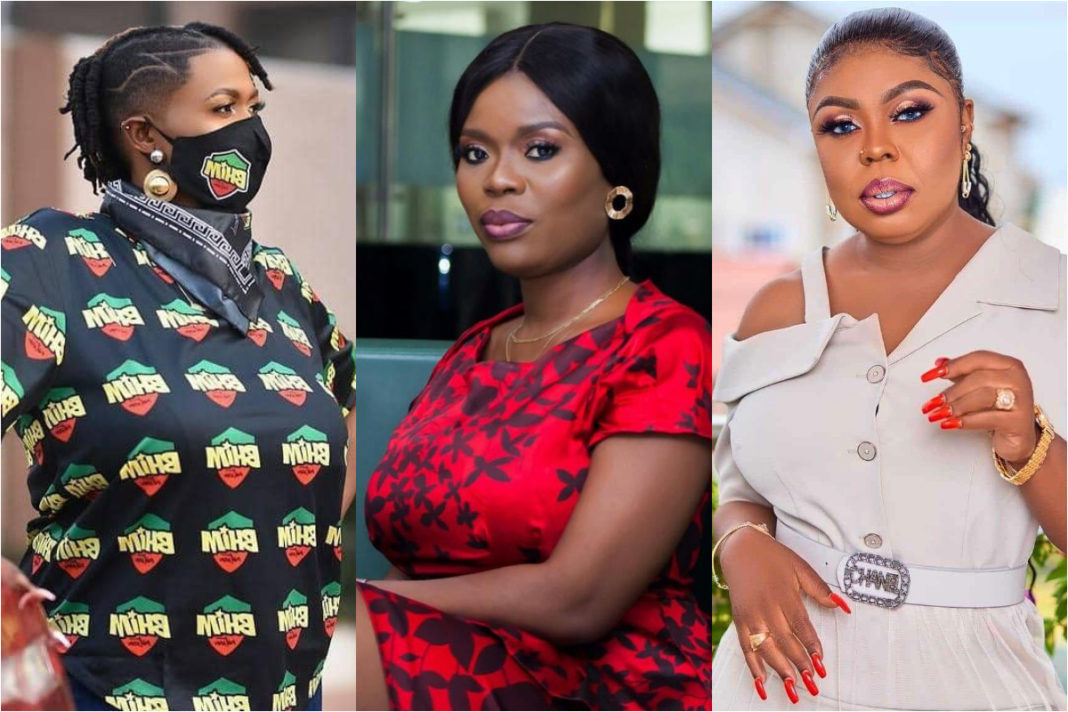 Socialite and staunch fan of Stonebwoy, Ayisha Modi has once again jumped into the feud of other celebrities; Afia Schwar, Tracey Boakye, and Delay.

Tracey Boakye and Afia Schwar have taken to their Instagram page to drag Delay into the gutters after a video of her from her show popped up on the internet using proverbial words to throw shades.

Afia Schwar took to her page to drag Delay and also alleged that Delay gave herself to one of the footballers Jonathan Mensah to chop but he ignored her advances. This follows after Delay’s video went viral.

In the midst of the brouhaha, Ayisha Modi has taken to her page to throw her weight behind Delay as she mocks Tracey Boakye and Afia Schwar.

“In reality, Delay is not my friend but sometimes as people, we need to protect the names and hustle of people who are doing so well for society from Borla birds.

This is one person that was able to give life to one miserable, useless bad witch whose only mission in life is to destroy good people in our society. Some of us won’t allow it.

You think your big heavy drug-addicted mouth can also ruin the good name of people right? Your end is near. Just wait for it!!! They hate us coz they ain’t us! Don’t you hate it when someone bitches about you due to jealousy? Some sluts pimps who go around getting pregnant for people’s husbands have the guts to be talking shit.