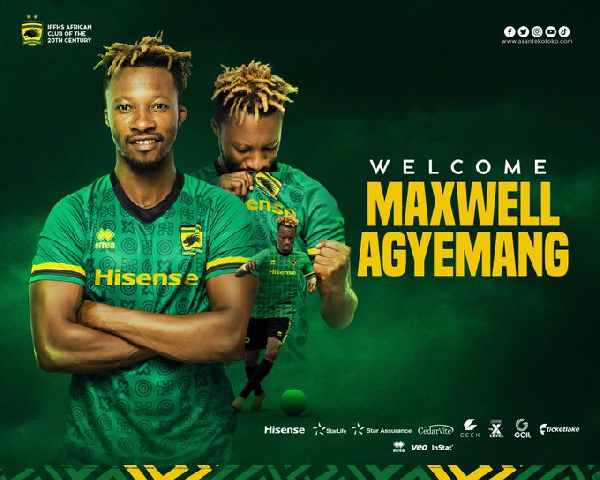 • He leaves the Division One League as a goal-scoring defender

He becomes the second signing of the Porcupines Warriors after the club announced the signing of midfielder Richmond Lamptey from Inter Allies FC some days ago.

Maxwell Agyemang played 30 games in the just ended Division One League for Wamanafo Mighty Royals, scored three goals and topped it up with three assists.

He also won three man of the match awards.