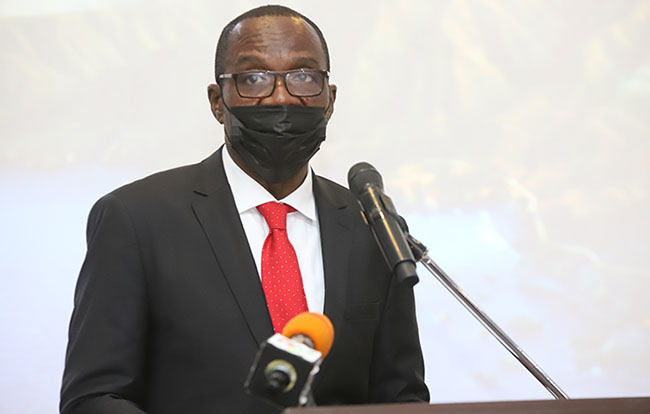 The Ghana Journalists Association (GJA) says although it has accepted an apology by the Police following the assault of some journalists at the Accra High Court on Monday but wants swift justice against the perpetrators.

The Founder and Leader of the Glorious Word Power Ministries International, Reverend Isaac Owusu-Bempah, was arrested and remanded into Police custody by an Accra High Court after he stormed the residence of Agradaa, in real life, Patricia Oduro Koranteng.

Rev Owusu-Bempah and four others, Mensah Ofori, Michael Boateng, Frederick Ohene and Nathaniel Agyekum were together charged with six counts.

They have all pleaded not guilty to the charges pressed against them for threatening to attack Nana Agradaa, a self-styled fetish priestess who claimed to have repented and accepted the Christian faith.

It was reported that some journalists were prevented from entering the courtroom during the arraignment of Owusu Bempah and the other suspects.

It was also reported that some journalists were attacked and prevented from working at the court premises by some persons believed to be church members and supporters of the above-accused persons.

However, the Ghana Police Service has apologised to the media over the assault of the journalists at the Accra High Court.

“We apologise unreservedly for this inconvenience and wish to give the assurance that journalists will be fully protected and allowed to do their work at all times including the subsequent coverage of this case,” the Police stated in a statement issued September 14, 2021.

It continued that, “We will continue to do everything possible to deepen the cordial Police-Media relationship.”

But responding to this, the GJA stated that, “While we welcome the apology of the Police Administration and assurance of future protection for journalists, the GJA principally holds the view that the timely gesture of the rebranded Ghana Police does not and should not absolve the offenders from tasting the biting edge of the law as articulated by Article 17(1) of the Constitution which simply says no one is above the law.”

It continued that, ”With all the vehemence it can muster, the GJA condemns the latest desecration of the rights of journalists and affront of press freedom and demands swift justice against the uncouth men of Owusu Bempah.”

Meanwhile, the GJA added that,”While the landmark trial travels its full throttle, we urge the law and order community not to allow the latest attacks against journalists to be overshadowed by the dominant case or swept under the carpet. Justice must manifestly and expeditiously be done the victims to amplify the message that no one is indeed above the law.”

MMDCEs to support funeral of Regional Minister’s dad with about GH¢50,000?

Ghanaians not fed up with Mahama – Ako Gunn