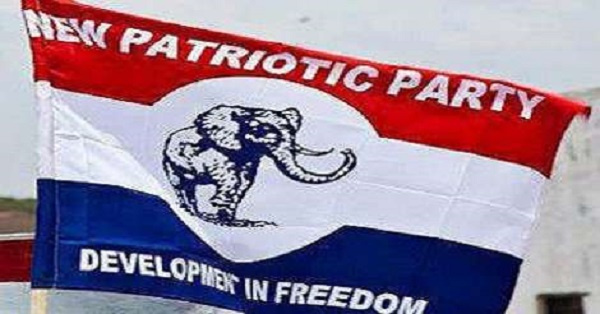 File Photo: The NPP at Amasaman has welcomed the report by the committee

The Amasaman Constituency of the New Patriotic Party (NPP) in the Greater Accra Region has welcomed the three shortlisted names for consideration as the MCE nominee for the Ga West Municipal Assembly by the President in the allegedly leaked Dan Botwe Committee report on MMDCEs after the national vetting exercise.

A random sampling of opinions of residents and NPP members in the constituency indicates they need fresh blood in the management of the Assembly.

According to the respondents, the new nominee would greatly assist the development of the municipality and also improve the livelihoods of constituents, especially party members as he was said to have a very rich professional and academic background and a true patriot.

The committee report as captured posits that Michael Nii Boye Adjei understands the local government system and spoke convincingly on how he could help the President in achieving the developmental agenda of the municipality and the country at large.

The Constituency Chairman, Mr. Michael Kwaku Ofori-Asante in an interview, said they were very happy and satisfied with the three shortlisted individuals and that a selection from among them would ensure the needed cohesion and cooperation between the Party and the Assembly to move the municipality forward.

He, therefore, pleaded with the President that, for Ga West, he should go by what the committee has recommended.

When asked about his knowledge about the nominee, he explained that Mr. Michael Nii Boye has served the party in the constituency in various capacities.

He was a constituency campaign team member for the December 2020 general elections and Chairman of the Welfare and GOTV Committees, and a member of the finance committee.

Mr. Ofori-Asante added that Mr. Nii Boye also understands the local governance in terms of revenue mobilization due to the experience he has from his previous work.

According to him, 12 out of the 16 Constituency Executives including the MP, Constituency Secretary, and his deputy, Constituency Treasurer, Constituency Youth Organizer, 5 members of the Constituency Council of Elders, 14 out of the 19 Electoral Area Coordinators and the overwhelming majority of polling station executives and party members are in full support of the committee’s recommended names.

In his concluding remarks, the Constituency Chairman thanked the Dan Botwe Committee for listening to the concerns of the constituency and doing very good work.

He also appealed that party cohesion and effective working of the tripod would result in retaining the seat for the Party and eventually help in breaking the 8.

He added that the President should select one of those three gentlemen whose hopes and objectives for ascending into that high office are in sync with that of the leadership of the Party in the Constituency have also demonstrated their willingness and readiness to work with the Party.

The NPP won the Presidential and Parliament elections for the first time in December 2020 election and is hoping to retain it in 2024. It was the only seat that the Party won from the NDC in the Greater Accra Region.