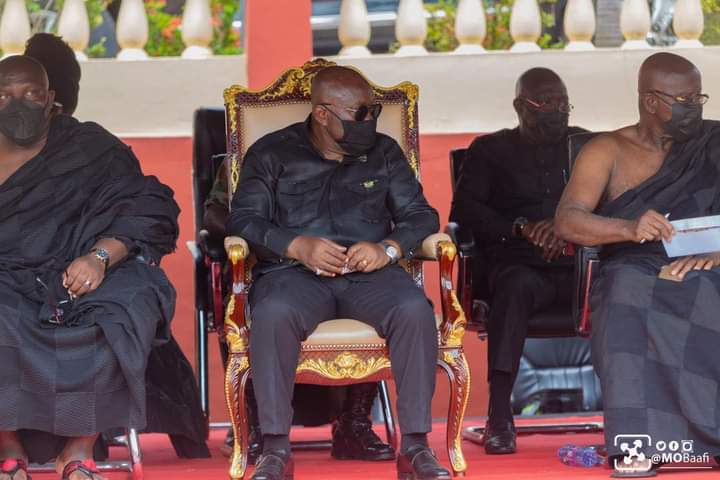 The two leaders were in the Eastern Regional capital to attend one week’s funeral observation of two industrious sons of the land.

The two leaders both attended the one-week funeral observation of Nana Agyei Twinie I, Executive Officer of Mac Dic Royal Hotel who was also a Traditional ruler in Akyem Abuakwa.

Former President John Mahama proceeded to the one-week funeral observation of the late Oyokohene who was also a former Member of the Council of State Nana Kodua Kesse II held at Koforidua Oyoko. 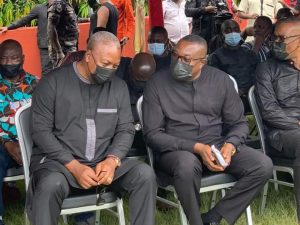 President Akufo Addo, wasn’t able to attend the same but the Eastern Regional Minister Seth Kwame Acheampong, the Member of Parliament for New Juaben North, Nana Agyei Boateng were however seen at the one-week observation of Oyokohene.

The few properties she flaunts are not hers, they belong to footballers she sleeps with- Diamond Appiah comes in hard on Delay  » ™

GFA to decide on Ghanaian duo as assistants to Rajevac