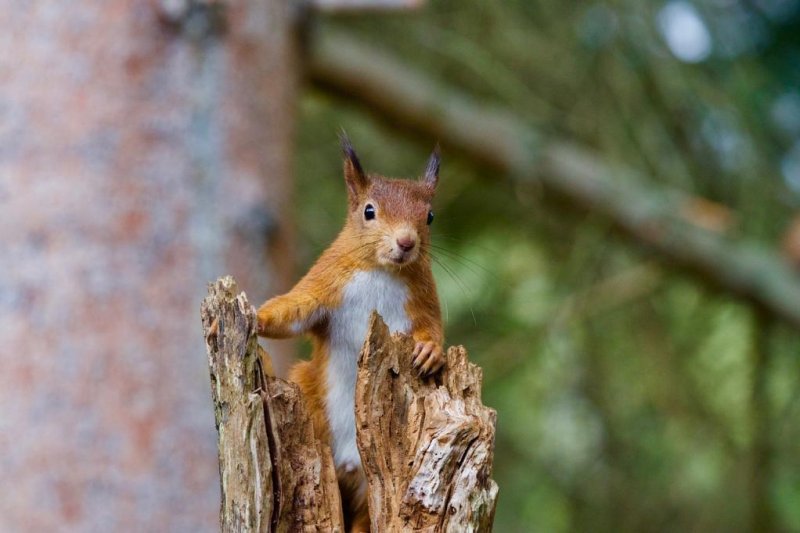 Sept. 14 (UPI) — A Scottish conservation charity is calling on residents to act as volunteer “squirrel spotters” for its annual Great Scottish Squirrel Survey.

Charity group Saving Scotland’s Red Squirrels announced it is marking National Red Squirrel Week Sept. 20-26 by attempting to take a census of the country’s squirrel population with help from members of the public.

“We are asking everyone to go out and enjoy the outdoors, look out for both red and gray squirrels and add your sightings to our online map at scottishsquirrels.org.uk,” Gill Hatcher, communications and engagement officer for SSRS, told the Northern Scot newspaper.

SSRS, which is partnering with the Scottish Wildlife Trust for the project, said the COVID-19 pandemic prevented researchers from carrying out their usual annual squirrel surveys in the spring of 2020 and 2021.

“Without the spring survey data, we need the help of squirrel spotters more than ever before. If the public can help us collect as many squirrel sightings as last year, the Great Scottish Squirrel Survey will give us another way to compare distribution data with the same period as in previous years,” project manager Mel Tonkin said.

SSRS is dedicated to protecting Scotland’s red squirrels from invasive gray squirrels, which were introduced to Scotland during the Victorian period.

Abena Ruthy Slams Kwadwo Nkansah Lilwin Over His Claims Of Being A Legend Over Dr. Likee

Akufo-Addo to travel to Guinea to convey ECOWAS decisions