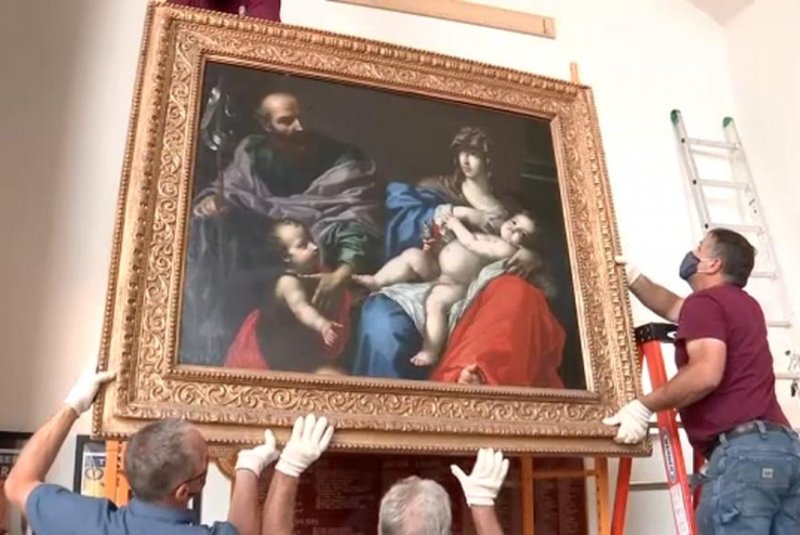 Sept. 14 (UPI) — A long-lost, 17th-century Baroque painting is being examined by art historians after it was spotted hanging in a New York church.

Thomas Ruggio, assistant professor of visual arts at Iona College, said he was visiting The Holy Family Church in New Rochelle earlier this year when a painting on the wall caught his eye.

“I realized immediately it was an Italian Baroque painting. And I sort of did a double take. Why is it here? I immediately got up and started to take some bad pictures with my cellphone,” Ruggio told WABC-TV.

Ruggio shared his photos with art historians in Italy and Manhattan, who quickly identified the piece as a long-lost work by Florentine master Cesare Dandini titled Holy Family with the Infant St. John.

The church said in a statement Monday that the painting had been donated sometime in the early 1960s by a former monsignor, who had purchased it from an unidentified London gallery.

The parish agreed to loan the painting to Iona College, which said it will be on display at the New Rochelle campus for the next three months.