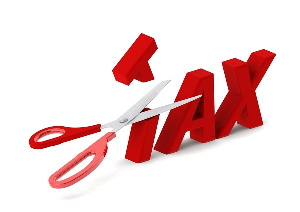 President Akufo-Addo has advised professionals to pay their taxes

• President Akufo-Addo has advised professionals to pay their taxes

Former Central Regional Minister, Aquinas Tawiah Quansah, has intimated that citizens will be encouraged to pay taxes when they realized that monies are being put into good use.

“When people feel and see the results of the taxes they pay in the country, there will not be any hesitation in paying,” Mr Quansah said.

His comments come on the back of President Nana Addo Dankwa Akufo-Addo’s statement where he charged Ghanaians to pay their taxes to the state.

Mr Akufo-Addo has cautioned that the Ghana Revenue Authority (GRA) will go after professionals in the workforce who are not performing their tax obligations.

“They will soon be receiving friendly phone calls from the tax authority. I sincerely hope that those involved will swiftly move to regularize their tax affairs before the GRA moves to crack the whip,” said the President at the 2021 Ghana Bar Conference underway at Bolgatanga.

But reacting to his comments, Mr Quansah, who was a former Regional Minister under the National Democratic Congress (NDC), speaking on XYZ with Kwame Minkah noted that Ghanaians will pay their taxes when they witness monies being used to develop the nation.