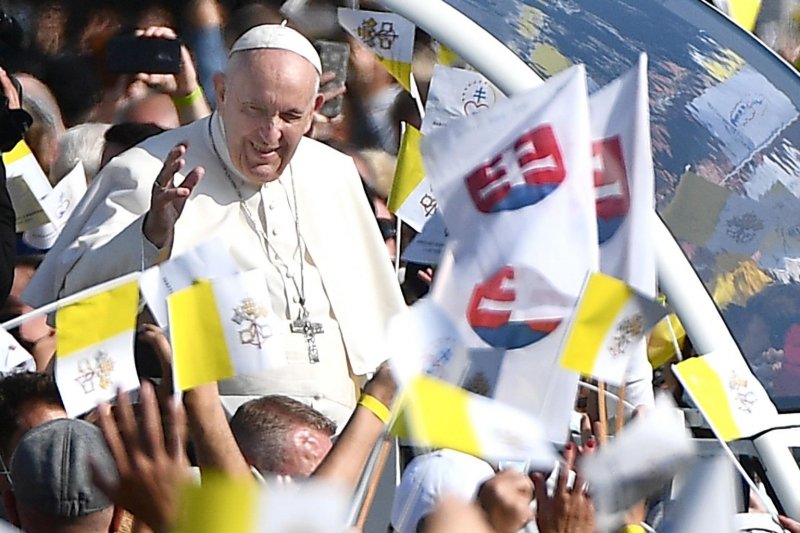 Sept. 14 (UPI) — On his third day in Slovakia on Tuesday, Pope Francis visited a Roma settlement and delivered a message of support for one of the nation’s poorest and most marginalized minority groups.

The visit is part of the pontiff’s four-day visit to Slovakia, which began on Sunday.

Francis traveled to the Lunik IX settlement in Kosice on Tuesday. There, he participated in a Byzantine mass and spoke of persecution against Christians when Slovakia was a part of communist Czechoslovakia for decades.

As many as 40,000 people showed up to see Pope Francis during the visit Tuesday. He also visited with a group of young Slovakians.

The trip is the pope’s first since he underwent colon surgery in Rome in July. Before traveling to Slovakia, the pontiff spent several hours in Hungary.

On Monday, Francis visited a shelter for the poor and a Jewish community in Slovakia. There, he addressed Slovak President Zuzana Caputova and other officials and highlighted a need for fraternity. He met with other clergy and urged them to never be inward-looking, self-absorbed or defensive.

The pope is scheduled to conclude his visit to Slovakia and return to the Vatican on Wednesday following an open-air mass in Sastin.

Pope Francis spent 10 days in a Rome hospital in July after undergoing intestinal surgery, during which he had part of his colon removed due to symptomatic diverticular stenosis.