Owusu Bempah did not encourage bribery in viral video – Church 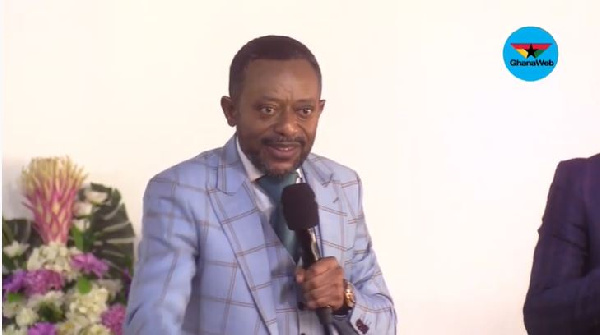 Assertions that Reverend Isaac Owusu Bempah promoted the offering of money to state agencies in return for favour in the viral sermon is but a figment of people’s imagination.

Glorious Word Power Ministries which has debunked the reports said, that the objective of the sermon was to dissuade from the ‘generalized misconception’ for one to attain certain privileges or favor, he or she must make money offerings to people in authority.

It added that the import of the sermon was to encourage people to seek God’s face in their attempt to navigate challenges in life.

According to the church, the video has not only been placed out of context but also been made to feed into the current issues involving Reverend Owusu Bempah.

In a statement dated September 14, 2021, the church said that Reverend Owusu Bempah was admonishing the congregation on giving as well as trusting God to come through for them in difficult situations.

It urged Ghanaians to reject the meanings ascribed to the video and not treat it with any seriousness.

“Our attention has again been drawn to a sermon making rounds on social media purporting that Apostle Dr. Isaac Owusu-Bempah was encouraging the giving of monetary inducements for favors in return. We would like to state categorically that these statements were assertions alluding to some generalized misconceptions people have.

He further admonished the congregation to seek the face of God in their quest to be connected to their helpers and not necessarily through monetary inducements. We entreat the General Public to kindly disregard the false interpretation attached to the video.”

The church also updated Ghanaians on the condition of Reverend Owusu Bempah and the other four pastors who are in the grips of the police.

A plea was also made to his church members and Ghanaians to seek God’s favour for Reverend Owusu Bempah to weather the storm he is currently facing.

“We would like to confirm that Apostle Dr. Isaac Owusu-Bempah and the 4 others in the custody of the police are doing very well and assisting in investigations.

“We acknowledge the show of concern and counsel from the Clergy, the Christian fraternity, and the General Public. We, therefore, urge all and sundry to remain calm, trust the Lord and let the law take its course. Thank you and God bless you!” parts of the statement read.

Agradaa, however, failed to face up to Owusu Bempah but chose to stand on the balcony of her building leaving the pastor and his troop stranded at her gate.

Following the incident and the brandishing of weapons that characterized the storming of Agradaa’s residence, the Ghana Police Service picked up the Reverend Owusu Bempah and his junior pastors. They were arraigned before a court on Monday.

Milovan Rajevac will not live in a hotel, we’ll give him a decent accommodation