Owusu Bempah back in cells after hours at Police Hospital 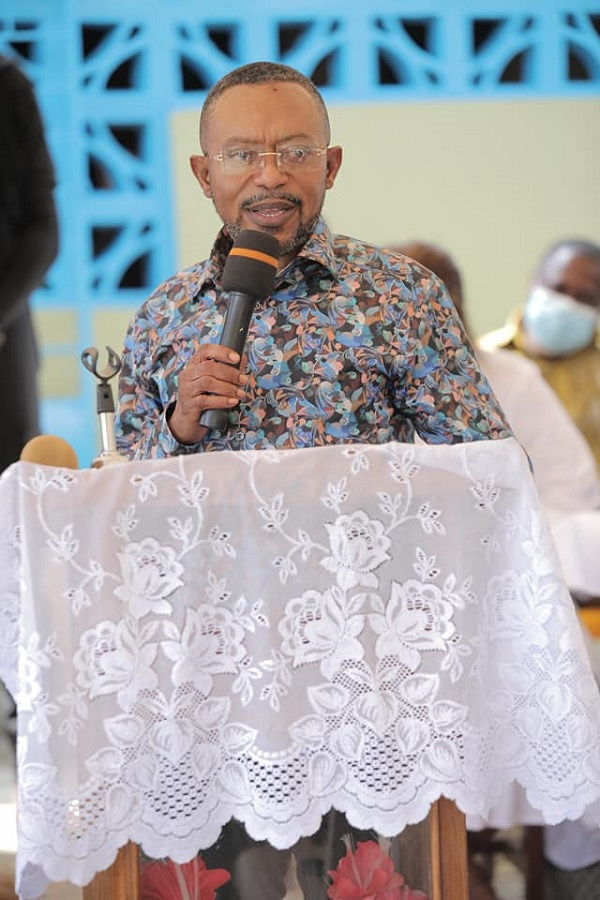 Rev. Isaac Owusu Bempah is back in calls after going to the hospital

• Rev. Owusu Bempah is on a week-long remand

• He went to the Police Hospital after a court hearing

• After some hours there, he is back in the cells

Rev. Isaac Owusu Bempah is back in cells after reporting sick at the Police Hospital hours after an Accra Circuit court remanded him.

The controversial pastor and Founder of the Glorious Word Power Ministries International, was in court on charges of creation and circulation of multiple videos containing threats and brandishing of a weapon and assault of a police person.

The court refused him bail, remanding him for a week but hours after, it was reported that he was sent to the Police Hospital in Accra, according to citinewsroom.com

According to a widely circulated circular by the Ghana Police Service, Rev. Owusu Bempah was arrested together with three other suspects namely, Michael Boateng, Frederick Ohene and Nathaniel Agyekum, on Sunday, September 13, 2021, at his church premises.

Rev. Owusu Bempah and the four others are to reappear on at the Accra Circuit court presided over by Afia Owusuaa Appiah on Monday, September 20, 2021.

The judge said the one week should allow for the police to carry out further investigations into the case.

During his appearance in court on Monday, September 13, 2021, some church members from the embattled pastor’s church caused drama when they tried to stop journalists present from filming.

Subsequently, the police officers at the premises denied journalists access into the courtroom.

“After critically analyzing the said videos and based on intelligence gathered, the police embarked on an operation on Sunday, September 12, 2021, at the premises of the church to arrest the suspects.”

The police statement further said, “during the operation, some members of the church, believed to have been under the direction of Rev Owusu Bempah assaulted some police officers. The injured personnel have received medical treatment and are responding to treatment.”

“The suspects are currently in the custody [of the police] and will appear before the court on Monday, September 13, 2021,” the statement added.

Rev Isaac Owusu Bempah, together with some of his junior pastors stormed the residence of converted priestess, Nana Agradaa on Thursday, September 9, 2021.

The man of God and his boys claimed Nana Agradaa had threatened to pounce on Rev Owusu Bempah wherever she meets him.

So, the man of God decided not to wait for Nana Agradaa to pounce on him, but visited the priestess in her house to call her bluff.

Prior to their visit, the junior pastor, in a live video on Facebook, threatened to show Nana Agradaa ‘pepper’ for disrespecting their ‘father’ Owusu Bempah.

While carrying out the threat, the two pastors brandished some weapons in the process.

The police meanwhile cautioned the public “against any acts that will disturb the peace of the country.”

“We wish to give the assurance that impartial investigations shall continue in this matter and the public will be duly updated,” the police concluded in a statement signed by Kwesi Ofori, Assistant Commissioner of Police and Ag. Director-General, Public Affairs.