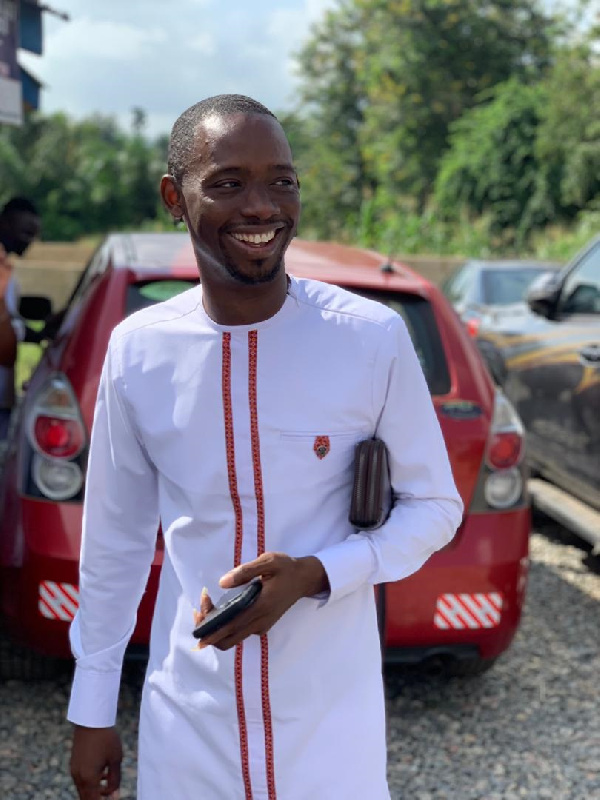 Emmanuel Owusu has been recommended as MCE nominee for Nsawam Adoagyiri

Some chiefs and executives of the New Patriotic Party (NPP) in Nsawam Adoagyiri in the Eastern Region have welcome the alleged report by the Dan Botwe Chaired Committee to the President for recommending Mr. Emmanuel Owusu, as the MCE nominee for the Municipality.

According to them, they believe he will greatly assist to develop the municipality and also improve the livelihoods of residents.

The Gyasehene of the Sakyikrom, Nana Owusu Aduomi ll, explained that they have observed that Emmanuel Owusu has what it takes to be a leader.

The Abotendomehene of Sakyikrom, Nana Kwame Addo I, added that Mr. Owusu had a good working relationship with the MP when he served as the treasurer and has also demonstrated a high sense of belongingness and dedication to the Nsawam Adoagyiri municipality.

Twelve of the 16 party executives in a statement, said “We humbly suggest you consider Mr. Emmanuel Owusu, the current constituency treasurer for the Municipal Chief Executive position.”

According to them, Mr. Owusu has served the party in the constituency in various ways, adding that he is a true patriot.

They said he has worked as a polling station secretary and risen through the party structures to become the constituency treasurer.

They noted that his administrative acumen has helped to manage and put things in order at the party office in Nsawam.

“We know and believe that with him as the Municipal Chief Executive, government flagship programs see the light of day within the municipality. Mr. President, we wish our humble request will meet your kind consideration and approval,” they appealed.

Meanwhile, a source in the party indicated to this portal that, some aliens are working behind the scenes to get the acting MCE, Isaac Kwame Buabeng renominated, which they threatening to stage a massive demonstration if that decision is being taken.

Already there is tension in Ada over the same leak report, which purported a detailed report of the MMDCE Vetting Committee, which the majority of the youth in the Ada East District didn’t take lightly.

At Nsawam, over the weekend, the signal picked confirmed that the residents believe that, the committee, through the appointing authority; the President wants to impose the incumbent MCE on them once again which they say will be chaotic.

Some of the residents who spoke to this portal pleaded anonymity, they spoke against the false recommendations in favor of the incumbent MCE, saying they as an executive body, have not written any letter in support of him.

According to them, the MCE has been involved in numerous corruption scandals which are in the public domain.

They indicate that if the Acting MCE, got renominated, it will be a disaster for the party fortunes in the 2024 general elections, hence calling on the President to revise such decision.

Some of the assembly members also reject the decision of reappointing the acting MCE since his relationship towards them at the Assembly is very poor.