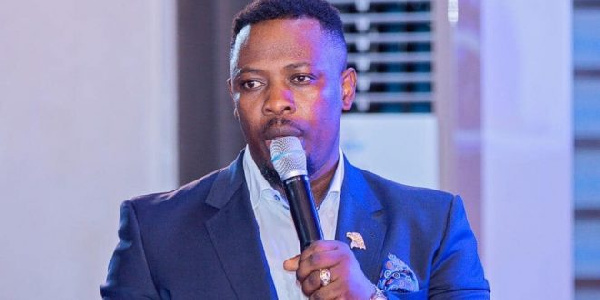 General Overseer of the Prophetic Hill Chapel, Prophet Nigel Gaisie, has implored the court to go easy on his colleague, Rev Owusu Bempah, who was arrested for threatening Agradaa and offensive conduct.

Speaking to Okay FM, Prophet Nigel Gaisie pleaded with the New Patriotic Party and the court to be considerate towards the case of Prophet Owusu Bempah and treat him better. According to him, NPP should be doing better for ‘their prophet’ whom they have left to his fate.

“I don’t care whoever he has offended, considering what he has done for them that brought them into power. It cannot be commiserated to those whom he has offended. If you weigh the two, I think that his positivity outstands or outshines his negativity. I mean, he has helped you to power whether whichever way he has given you power. Whether we like it or not, for the next 3 years, we are all in hardship. And he was very vocal.

“We cannot underestimate the impact of Prophet Owusu Bempah in the re-election of Nana Akuffo Addo and Bawumia. We cannot. If historians are writing, nobody can write it off. His impact was monumental. So you cannot do this,” he added.

Prophet Nigel Giasie also asked the courts to respect his position as a clergyman and treat him as such.

“I am not saying the law should not work. The law has arrested him. Where he was arrested was wrong. He has been locked up in a cell. I feel that they should be gracious enough considering the fact that people do worse things than that, and they are walking. So for me, maybe someone would say that Prophet Nigel should speak well, but r me, he is a man of God. And I respect the oil upon his life. So I saw that they should have been more gracious, and they should temper justice with mercy,” he concluded.

Rev Owusu Bempah has been charged with the threat of life for allegedly threatening to kill Nana Agraada. And for offensive conduct to the breach of peace along with five members of his church.

They made their first appearance before the Accra Circuit Court on Monday. The hearing was presided over by Afia Owusua Appiah, who dismissed the application for bail to give the prosecution enough time to investigate the case.