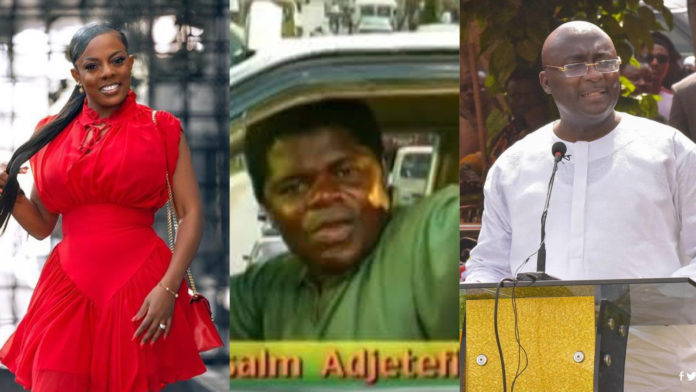 Nana Aba Anamoah, the General Manager of Ghone TV, has responded to critics who believe H.E Bawumiah should have gotten TT a house instead of just paying his rent.

Nana Aba Anamoah, who was offended by these remarks, expressed her thoughts on her Twitter page, stating she was delighted the Vice President could help because many people were aware of TT’s condition but did nothing to help.

She went ahead and shared a screenshot of what she posted on Twitter on her Instagram page, saying that there’s nothing like a small gesture, and that every gesture has an unending ripple effect.