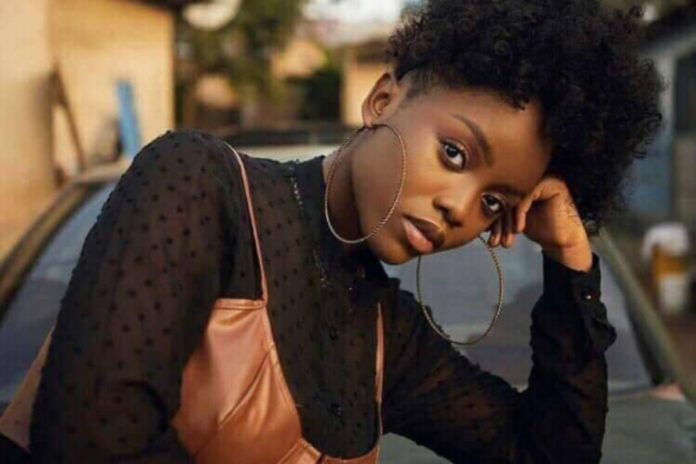 Famous Ghanaian songstress, Jackeline Acheampong has revealed that telling love stories has always been her stronghold although she is currently not in any relationship.

It’s ironic to hear someone recount a love story so effectively even if they aren’t in a romantic relationship. The majority of Gyakie’s best-selling songs, including Forever, are about love, but she claims she is not dating.

Recall, she revealed in an interview that most of her love songs are imaginations from her future love life although she has not met her Mr. Right yet.

In her recent interview on the E-Vibes show on JoyPrime TV, Gyakie explained that telling love stories have always been her stronghold because when she is writing, they flow very easily.

“Sometimes it is overwhelming for me how I can write love songs although I am not in a relationship yet. Love stories are my strongholds, and it is actually part of my talent. When I am writing love songs, the lyrics flow easily.”

In other news, Ghanaian Afrobeat singer, Andrew Commey Otoo, also known as Mr. Drew has recounted how he was booed off on Vodafone Icons and X-Factor because he laughed at the judges.

According to the singer, he always knew he could sing but never took that very seriously because he felt he was called to be a dancer. He revealed that he used to go to studios just to make fun of musicians whose vocals are not good enough like his.

In an interview on Hitz FM on the Daybreak Hitz show with Andy Dosty, Mr. Drew revealed that he once tried his luck on the Vodafone Icons reality show and the X-Factor but he was turned down.