Just as I praise you today, expect criticisms if you go wrong 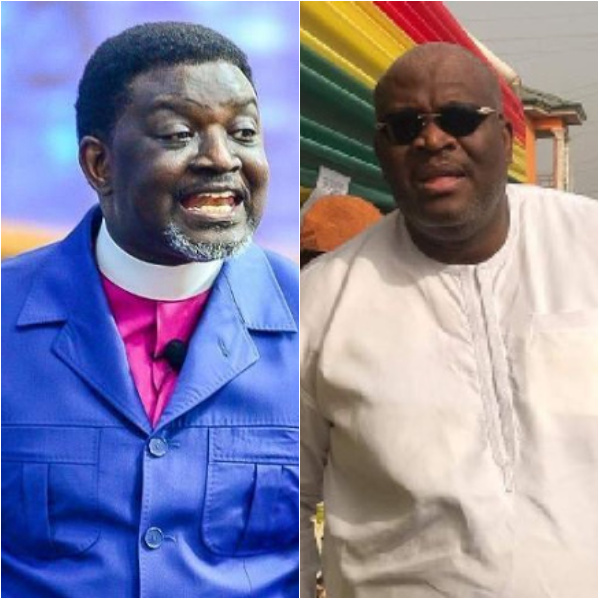 The Presiding Bishop of the Perez Chapel International, Bishop Charles Agyinasare, has commended the work of the Greater Accra regional minister, Henry Quartey. He has however served him notice that should his performance dip; he should expect equal criticism.

According to him, he sees so many of the good initiatives the minister has put in place to ensure that the systems in the city work and he hopes that he continues to push them for the good of the capital.

“We see a lot of good initiatives but we often compromise our system with politics. Unfortunately, the truth is, any nation that does not enforce its laws or get its systems to work is bound to fail.

“Honourable minister, I am sure many people are commending you for what you are doing because sincerely, we believe Accra can become the cleanest city, or at least one of the cleanest cities in Africa like our president stated some years back,” he said.

Speaking on Sunday, September 12, 2021, during a visit by the minister to his church, Bishop Agyinasare, he said that he believes Accra can become a model city for cleanliness as long as policies such as the ones Henry Quartey has initiated are done without any politicking.

“There are some that may not want this because if the systems work, it will inconvenience them, and somehow affect their political fortunes but I want to challenge you to be more interested in making the systems work than politicking. Choose to make Accra work instead of engaging in partisanship,” he said.

The well-known evangelist also stated that should the minister reduce the bar of such a welcoming performance, he should be accommodating enough for the bashing that will come with it too.

“Just like I’m praising you today because you’re doing the right thing, if you go wrong in future, expect me to say it and know that it will be nothing personal,” he said.

Henry Quartey has been on a number of initiatives to rid the city of ills that impede the development of the city.

Among them have been his successes at relocating the famous onion market at Agbogbloshie in Accra, to a new location at Adjen Kotoku, and the restoration of order at the Madina Zongo Junction where a lot of pedestrians refuse to use the footbridge provided there.