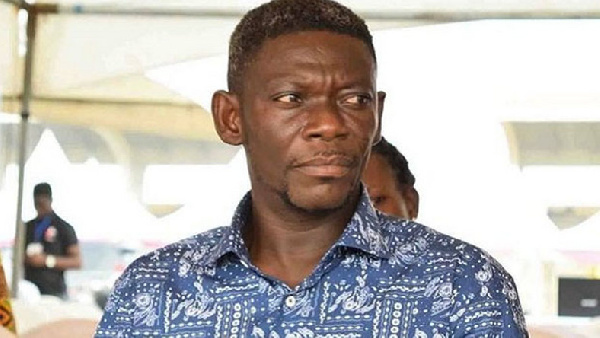 Ghanaian actor, Agya Koo, has reported that the fake news publications being made about him are all a ploy to further disgrace not just him, but the party he is affiliated to, which is the New Patriotic Party (NPP).

Earlier this week, a publication was made online stating that Agya Koo has advised parents to take their children out of the country for greener pastures as Ghana’s living conditions are too poor. The actor has since refuted these claims and promised to take legal action.

In an interview with Doctar Cann on Xtra which is aired on Happy98.9FM, Agya Koo stated that this whole brouhaha is affecting him negatively in a lot of ways and he will not let the people involved go scot-free without allowing the law to deal with them.

“This has brought me a lot of problems. Lots of people are calling me, both reputable people and young ones. The people doing this have seen that I support the party in power so they are trying to disgrace the government through me”, he said.

Agya Koo lamented, “Do you know the number of people within the party who will get angry with me for saying such a thing? Apart from them, individuals or every Ghanaian who supports this government and also likes me will now seize to like me because they’ll think I talk too much”.

The actor stated that no one has called him to apologize about this and added that he even reached out to one person to pull down the publication.

However, the response from the person was that he does not care if it is not true and he is not scared of any consequences, hence he will not pull down the said fake news.

Agya Koo promised that he will do whatever it takes to make sure the law deals with the people defaming him so that he can redeem himself from this and prove to Ghanaians that he never made that statement.