I was arrested, deported from 3 African countries and almost killed in Zambia – Wode Maya 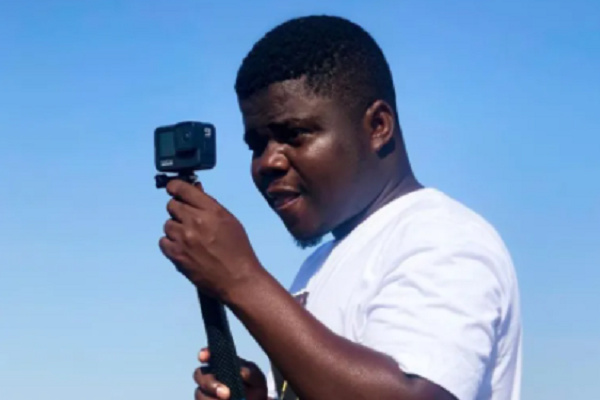 In his quest to promote and change the negative stereotypes about Africans, popular Ghanaian YouTuber, Wode Maya, has recounted some scary moments encountered in his career as a travel blogger.

Narrating his experiences, on Talkertainment on GhanaWeb TV, Wode disclosed instances where he was arrested in Kenya, Zambia and South Africa after officials at the airport chanced upon his camera which they perceived to be a threat.

He also recalled a more life-threatening instance where he was almost mobbed by a crowd in Zambia because he was tagged as a terrorist.

Wode Maya said during his line of duty, he was once deported from Uganda and Zambia for no concrete reason.

He also recalled a similar instance where he was denied entry in South Africa just for the mere fact that he hailed from West Africa.

Based on these horrifying occurrences, Wode Maya has identified that Africans do not value each other.

“Africans hate themselves. I’ve had so many instances where I was deported from African countries. I was arrested, followed by police vans. These police officers chased me around because they thought I had drugs but I don’t drink nor smoke. I was arrested in South Africa and was almost denied entry, in one of the instances because I was from West Africa. In Kenya I got arrested, in Zambia too I got arrested. In all of these situations, I was arrested because I owned a camera and they thought I was a spy. I got arrested in Zambia because they said I am a terrorist. I nearly got mobbed. I was also deported from South Africa, Uganda and Zambia,” He told Elsie Lamar on Talkertainment.

He added that such experiences affect his enthusiasm to do what he loves doing.

“Sometimes these treatments from your fellow African can deter you. Being an African, my only mission is to change the African narrative and promote the continent but at the end of the day, the people don’t even see your value,” he added.

Wode Maya further announced his intentions to stage a comeback in countries that he has once been deported from.

“I’m actually going back. I’d love to do the return of the deportee. The time that I was deported I guess I was very new in the game but right now if you try that nonsense, my platform can even expose you. I have confidence in the brand I have been able to build over the year,”

I will beat you physically