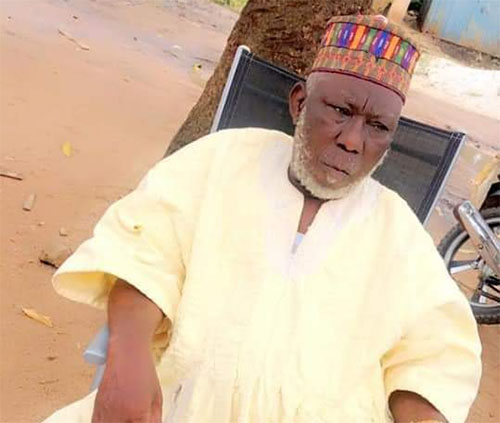 Chief of Hamile in the Upper West region, Kuoro Seidu Hille ten-omo Ill, has joined his ancestors, the ten-omo family has confirmed.

The chief reportedly died on Sunday, September 12, 2021, after a short illness, Raphael a member of the family revealed.

Raphael said that in line with traditions, they would have organized a series of celebrations where not less than 15 goats and Sheep would have been sacrificed to honor the chief but because the chief died as a Muslim the above traditions would not be carried out.

The chief has however been buried according to the Islamic procedures.

He also disclosed that the final funeral rites will be on the 23rd, October 2021.

Kuoro Seidu Hille ten-omo Ill, according to family records was enstooled as chief of Hamile in 1998.
He joined his ancestors at ofb aged 73.