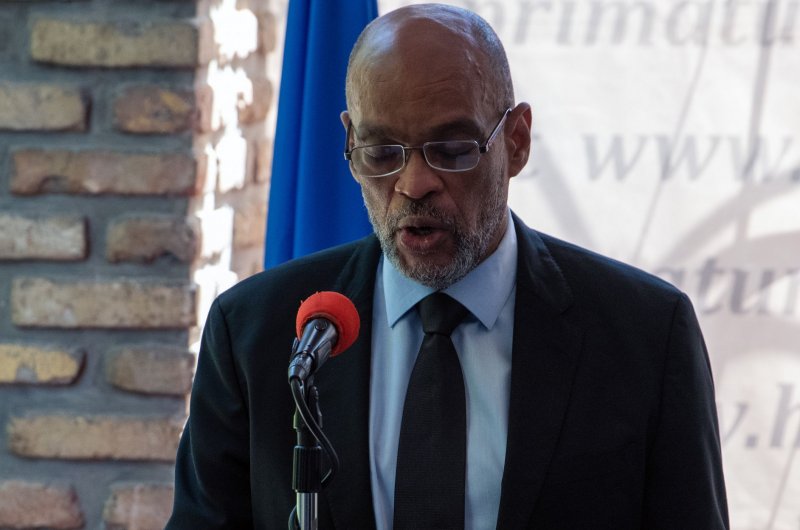 Sept. 14 (UPI) — Haiti’s top prosecutor has ordered Prime Minister Ariel Henry not to leave the country as he seeks charges against him in connection with the assassination of the late President Jovenel Moise.

Bed-Ford Claude, the chief prosecutor in the capital city of Port-au-Prince, last week issued a police summons for Henry requesting that he answer questions about his contact with a key suspect in the assassination.

Claude told CNN he is discussing potential charges against Henry with a judge.

The suspect, former Haitian Justice Ministry official Joseph Felix Badio, is believed to be on the run.

Phone records show Henry spoke with Badio after Moise was killed July 7 in his residence near Port-au-Prince.

Henry has repeatedly denied any involvement in the assassination, stating that the masterminds of the killing remain at large.

“I want to tell those who still have not understood, that the diversionary tactics to seed confusion and impede justice from doing its work serenely will not stand,” Henry wrote on Twitter Sunday.

“The true culprits, the intellectual authors and those who ordered the odious assassination of President Jovenel Moise will be identified, brought to justice and punished for their crime.”

Police said officers killed four suspects in a gun battle and arrested two others on the night of Moise’s killing.

Police have detained at least 18 Colombians as well as several Haitians and Haitian Americans in connection with the assassination.

Henry was named to the post of prime minister two days before the assassination and rival Claude Joseph served as acting prime minister for about two weeks after the shooting before stepping down on July 19.

IT specialist suggests use of smart technologies to prevent illegal-mining

Okoe-Boye justifies decision to purchase past questions for students