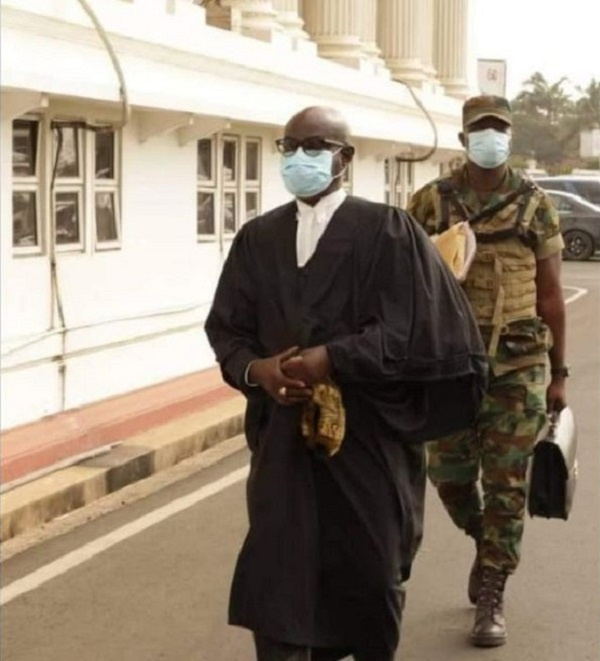 • He said, the AG was against the running of commentary on cases pending in court

• He said, the AG’s statement was misconstrued wrongly

Lawyer Frank Davies, a former President of the Ghana Bar Association has defended the Attorney General over his caution that lawyers should not denigrate the judiciary and further undermine public confidence in the justice delivery system.

According to him, many of the lawyers who disagree with the Attorney General are misconstruing his point.

Davis explained that Dame in his speech at the annual Bar Conference in Bolgatanga was condemning the commentary that lawyers run when there are cases pending in court. He stressed on Joy FM that, this is something that is unethical and unfortunate.

“Lawyers go out of their way to pontificate on cases pending before the courts, and most often than not the lawyers who are involved in that practice have not even seen the courtroom before.

“When I hear my colleague, lawyers run down judges and decisions of the court in the manner most of them do now, I ask myself whether they will go back to the courtroom, it is a bit unfortunate and very disappointing for the profession,” he said.

Frank Davies further said the avenue where lawyers are to display their legal range is in the courtroom, and not sitting on radio and giving analysis on cases pending in court adding it “is unethical and borders on professional misconduct.”

Speaking at the Bar Conference on Monday, September 13, Godfred Dame stated that, when cases are pending in court, some lawyers try to create an impression in the minds of Ghanaians while others misrepresent the effects of court ruling through “mischievous” analysis within the public sphere.

‘We will get them’ – Police pursuing Apenkwa armed robbers who stole GH¢29,000