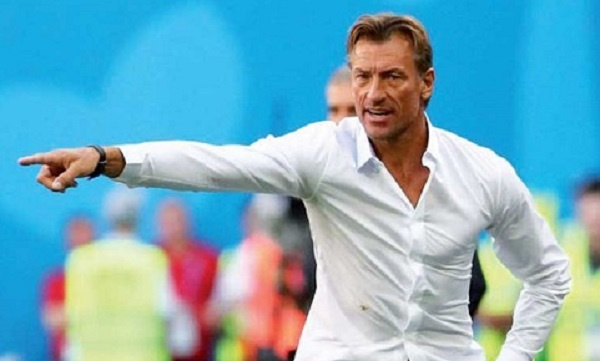 Majeed Waris declared fit to play against Lille on Sunday

Ghana cannot afford the $100,000 per month salary of Frenchman Herve Renard to get him to switch from Saudi Arabia to coach the Black Stars following the sacking of Charles Akonnor.

The Frenchman has been widely suggested by many Ghanaians as the right man to coach the Black Stars following the sacking of coach Akonnor on Monday night.

Renard, who is the current coach of Saudi Arabia and a longtime admirer of the Black Stars, led Zambia and Ivory Coast to win the Africa Cup of Nations title.

Following the sacking of Akonnor, many Ghanaians are suggesting that the Frenchman should be appointed to help turn the fortunes of the Black Stars amid the 2022 World Cup qualifiers.

He is also seen as the man who can help Ghana win the Africa Cup of Nations title in Cameroon in four months’ time just like he did with Zambia and Ivory Coast.

But the Ministry of Youth and Sports cannot pay the $100,000 per month salary that Renard earns with Saudi Arabia where he has been the coach for the past two years.

Renard is the first coach in history to win the Africa Cup of Nations title with two different nations when he led Zambia to glory in 2012 and succeeded again with Côte d’Ivoire three years later.

He was appointed as the coach of Saudi Arabia following his resignation as Morocco national team head coach in August 2019.

Ghana will continue their search for a place at the 2022 World Cup by playing home and away match s against Zimbabwe next month.

Only the A-J winners in each group will be able to progress to the final round for Qatar 2022 qualification.

The five remaining African nations will face off in a draw to determine the winners.

The next World Cup, which will be held in the Middle East for the first time, is scheduled to take place between 21 November and 18 December.

Majeed Waris declared fit to play against Lille on Sunday