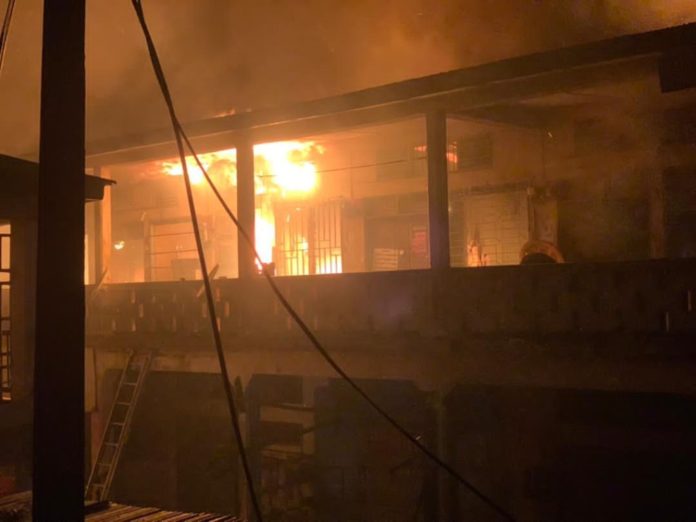 A fire outbreak at the Akyem Oda Central Market in the Birim Central Municipality of the Eastern Region has left several shops burnt to ashes.

The incident occurred around 8pm on Monday evening.

According to an eyewitness account, the fire started at one section of the market before spreading to other areas.

A number of items running into thousands of Ghana cedis were also burnt to ashes.

Personnel of the Ghana National Fire Service (GNFS) were at the scene to bring the fire under control, thereby preventing it from spreading to more shops.

There was no casualty, but items destroyed in the shops included clothes, electrical gadgets, bags of rice, sewing machines, grinding mills, cash, among others.

According to eyewitnesses, the fire raged on for a while before fire personnel from the Akyem Oda Fire Station brought it under control.