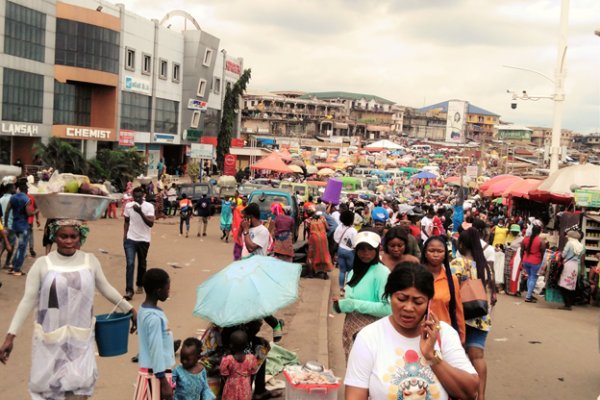 Bank of Ghana keeps policy rate unchanged at 13.5 per cent

ghanammahttps://www.ghanamma.com
- Advertisement -
Kumasi, Sept. 13, GNA – Scores of traders evicted from the Kumasi Central Market to pave way for work to continue on the redevelopment of the facility have invaded the streets in desperation.
Most of the principal streets are currently overflowed with various merchandise as the traders display their wares in defiance of a directive from the Ashanti Regional Coordinating Council (RCC) to relocate to the various satellite markets.
This is making the movement of people extremely difficult as every inch of space has been occupied by the traders.
A demolition task force on Monday, September 13, went into full operation, destroying the majority of stores left at the undeveloped section of the Market, leaving the majority of traders stranded.
When the Ghana News Agency (GNA) visited the scene, the contractors, Messrs Contracta Limited, had barricaded the Market to prevent re-entry by the evicted traders.
In an interview, the traders lambasted the RCC for not giving the demolition exercise a human face, saying the development was worrying as their eviction was not well planned by the authorities.
“Unfortunately, the authorities want to deprive us of our source of livelihood,” Nana Akua Nyantakyiwaa, an Executive Member of the Central Market Yam Sellers Association, told the GNA.
She described as false the assertion by the RCC that there were enough spaces at the satellite markets for them to be relocated, stressing that some of the traders had tried in vain to find places in those areas.
“We do not know what to do now under the present circumstances,” she lamented, and appealed to the government to come to their aid.
Earlier, the RCC had given an ultimatum to the traders to vacate their premises as work on the second phase of the Kejetia/Central Market Redevelopment Project was behind schedule. 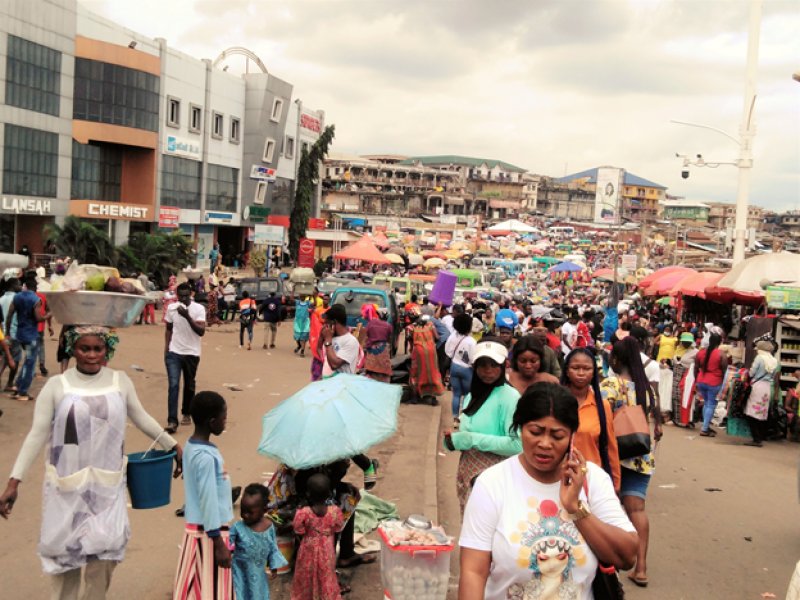 According to the Regional Minister, Mr. Simon Osei-Mensah, the Ministry of Local Government and Rural Development had met the traders on several occasions to relocate to the designated satellite markets.
He affirmed the government’s resolve to do the right thing in ensuring the successful execution of the project, which is expected to be completed in 2024.
Sod cutting for the phase two redevelopment of the Kumasi Central Market was performed by the President, Nana Addo Dankwa Akufo-Addo in 2019, with assistance from the Asantehene, Otumfuo Osei Tutu II.
The project worth several millions of dollars is being financed by the Deutsche Bank of Germany with a credit guarantee from the UK Export Finance and is scheduled to be completed within a time frame of 48 months.
When completed, the market will have about 1200 stores, 800 kiosks, 50 restaurants, 40 livestock stores, 210 fishmongers and butcher spaces, and community facilities of 1,800 square meters.
It is estimated to cover a total area of 172,197 square meters.
- Advertisement -
Share
Facebook
Twitter
Pinterest
WhatsApp
Previous articleRunner in brain costume attempting marathon world record
Next articleAshanti businessmen confess their businesses boomed under me – Mahama
- Advertisement -

Bank of Ghana keeps policy rate unchanged at 13.5 per cent