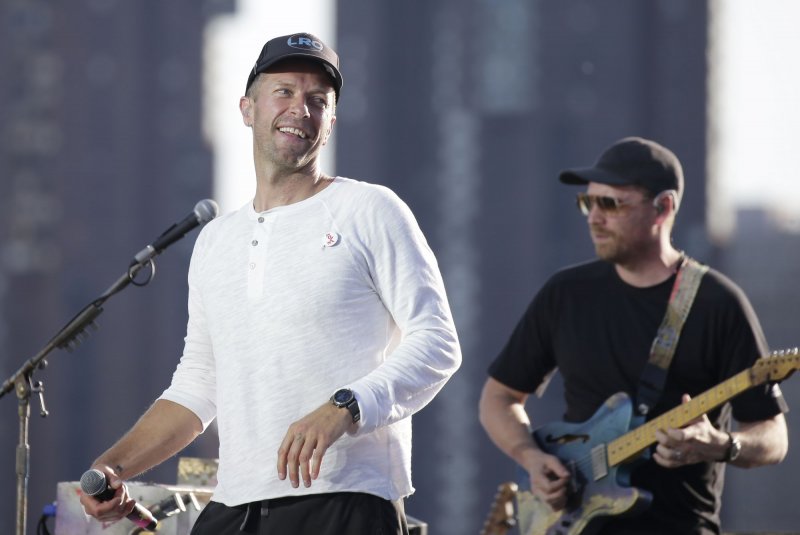 Sept. 13 (UPI) — Coldplay and K-pop group BTS will release a song together this month.

The British rock band and the South Korean boy band said Monday that they will release the single “My Universe” on Sept. 24.

Coldplay shared the news on Twitter alongside cover art for the song. The image features a blue background with pink, celestial-inspired symbols arranged in the shape of a circle.

“My Universe” will appear on Coldplay’s forthcoming ninth studio album, Music of the Spheres. The album also features the single “Higher Power,” released in May.

Coldplay frontman Chris Martin discussed Music of the Spheres on the Zach Sang Show in June. He said the album was inspired by a scene in the Star Wars movies.

“One time I was watching Star Wars … and they have the scene with the cantina band. I was like, ‘I wonder what musicians are like across the universe?’ That led to this whole thing,” Martin said.

“What that led to us doing was just imagining this whole other place called the Spheres, which is a group of planets, like a solar system, with lots of different places and creatures,” he added.

BTS recently sat down with Martin to discuss its song “Permission to Dance” and the #PermissionToDance challenge on the YouTube series Released.

Emmanuel Gyasi reacts to ‘Ronaldo-inspired’ goal for Spezia against Juventus