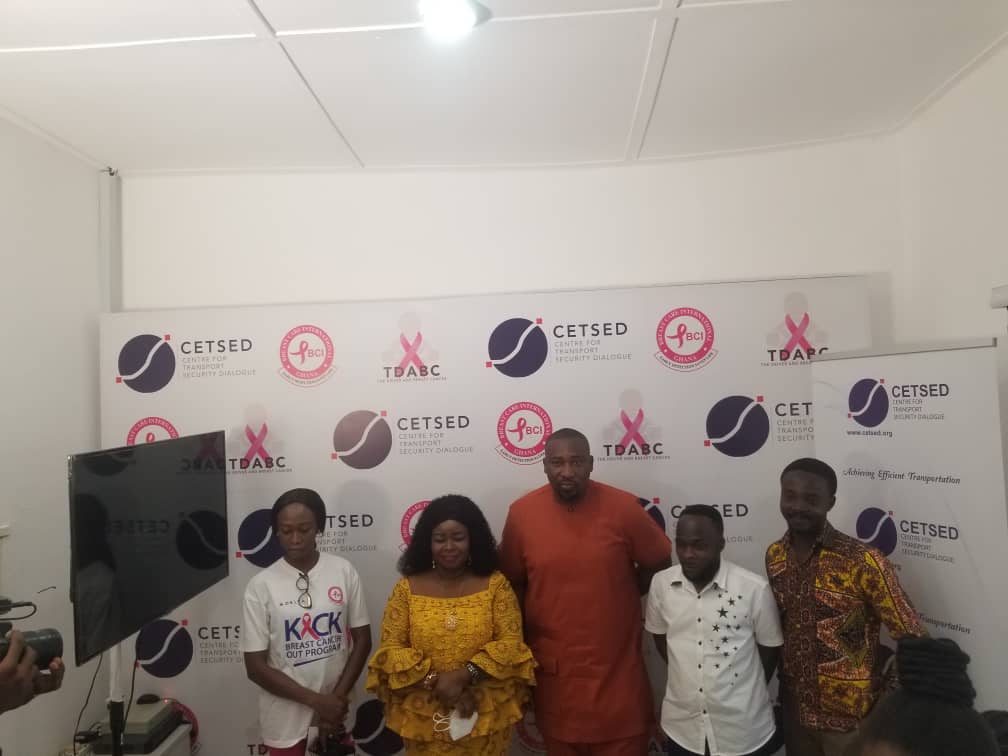 The Centre for Transport Security Dialogue (CETSED) and Breast Care International(BCI) have launched “the Driver and the Breast Cancer” campaign.

This is aimed at creating breast cancer awareness at lorry terminals and commercial buses across the country.

Speaking at the Launch of the Event in Accra on Monday, the Country Director of CETSED, Kofi Asante, explained that the Driver and the Breast Cancer Initiative is aimed at supporting the global campaign against breast cancer using our public transport drivers as key advocates.

He added that the daily interactions with the general public and trade women more importantly were the reasons for using the drivers as key advocates.

“This is historic because different organisations with different advocacy and aspirations have decided to come together for a common cause. The cause to stop the spread of breast cancer using the transport,” Mr Asante emphasised.

The Country Director further noted as part of the campaign drivers will be trained on basic knowledge of the disease to equip them to execute the task assigned to them which he said includes educating the women and showing documentaries on breast cancer in their vehicles.

The President of the CETSED, Mr Hamilton Biney Nixon, stressed that: “We decided to partner this campaign because we are a human-centered organisation, hence the need for drivers to come on board, especially as October, which is breast cancer month, approaches.

“We are more than capable to effectively use our road transport as key point of advocacy for the continuous awareness creation geared towards saving the lives of our women as well as ensuring safer roads for users and keeping our roads of the needless daily carnage,” Mr Biney emphasised.

He, therefore, expressed CETSED’s commitment towards ensuring that the partnership yields the desired results.

On her part, the President of Breast Care International (BCI), Dr Beatrice Wiafe Addai, disclosed that the breast cancer mortality rate in Ghana is very high, hence the campaign to help curb the rate of the disease.

According to her, lack of awareness for the breast cancer situation in Ghana is making the situation worse maintaining that early detection and treatment through this Driver and Breast Cancer campaign can change the narrative.

She, however, stressed that the collaboration will go a long way to reduce the mortality and the stigmatisation that is associated with the disease.

“What the country needs is the sustained awareness creation for breast cancer and the cancers using high occupancy commercial bus drivers as key advocates in our quest for passenger safety and good health for meaningful contribution to socio-economic growth,” Dr Addai stressed.

She added, “that the drivers are those who carry the women from point A to point B so if they know about the awareness creation they will educate the women.”

She said the BCI/CETSED Breast cancer campaign is the major initiative to headline this year’s Breast Cancer campaign Month which comes off in October.

Dr Addai later commended the media for their publicity support in the breast cancer campaign since 2002 when she formed the Breast Cancer International till now.

“I want to thank the media in Ghana for how far you have moved with us. What you do, I always say that you save women from breast cancer,” Dr Addai said.