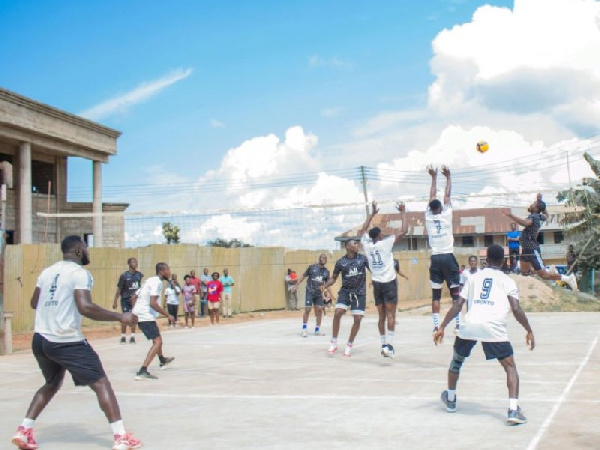 The home team, Bridge Spikers, took the lead when they won the first set 25-21 and went ahead to win the second set by the same scoreline 25-21.

However, the third set changed as, Spartans VC won 25-23, but that did not deter Bridge Spikers as they kept their composure and went on to win the fourth set 25-22 to bring the game to an end.

It was Kpong Young Stars that won the first set 25-23, before Hydro Spikers came back to win the second set 25- 22.

Kpong Young Stars then came again to win the third set 25 -20, however their hopes were dashed in the fourth set as Hydro Spikers won 25-21 and went ahead to win the fifth set 15-11.

In the only women match played in the zone, Bridge Spikers ladies had a comfort victory 3-0 over their opponents Spartans ladies.

Okere United Way won the first and second sets 25-14, 25-12 respectively, however they lost the third set to Sunset VC 18-25, but proved their dominance in the fourth set when they won 25-20 to end the match.