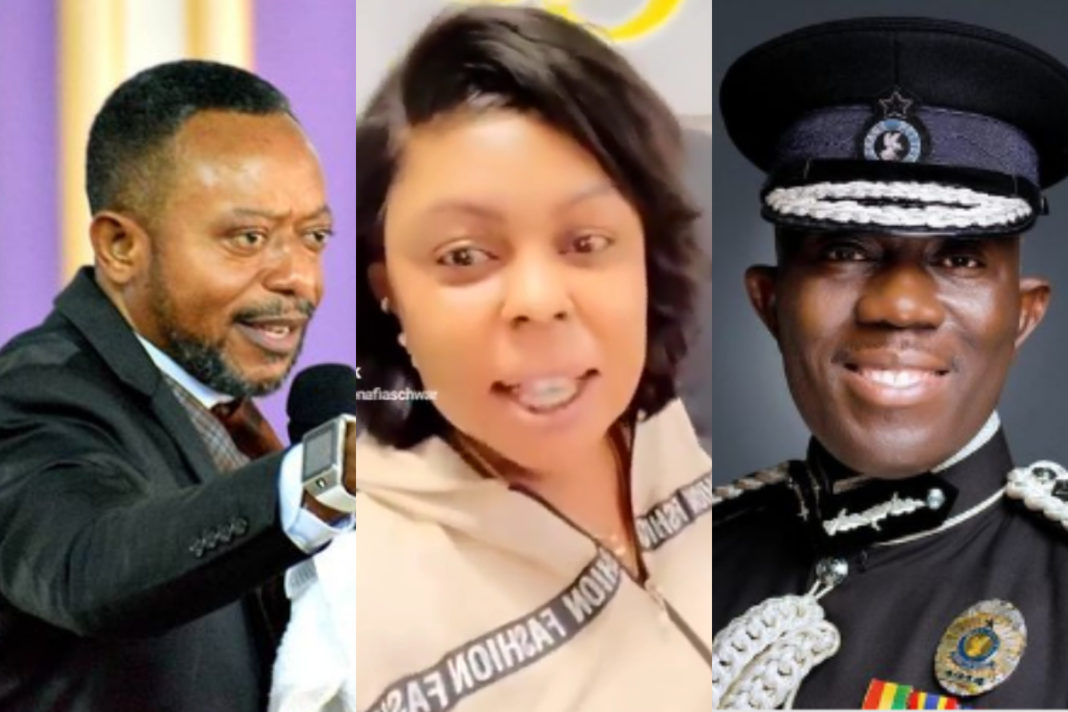 Well, many would presume that Owusu Bempah’s affiliations with the NPP government especially the President of Ghana would aid him in escaping the wrath of the law and have him freed as soon as possible but in this case, all his efforts to get himself freed from police custody has failed.

He was arrested on Sunday for storming the house of the converted fetish priestess, Nana Agradaa with weapons and guns, threatening to deal with her if she stepped out of her mansion to face them.

Three of his junior pastors who were spotted in a viral video brandishing a gun and threatening the life of Nana Agradaa were also arrested in the process. According to the police, these men under the influence of the man of God tried fighting them over their attempt to apprehend their head pastor.

The pastor along with his three pastors have been remanded into police custody after they were all denied bail.

In reaction to that, Afia Schwarzenegger has hailed the IGP for enforcing the law on even people who act with impunity just because of their affiliations with political powers. She stated that if Owusu Bempah who claims to be the Nation’s Prophet has been arrested, then the likes of Rev. Obofour and Obinim could suffer the same fate should they also flout the laws of the land.