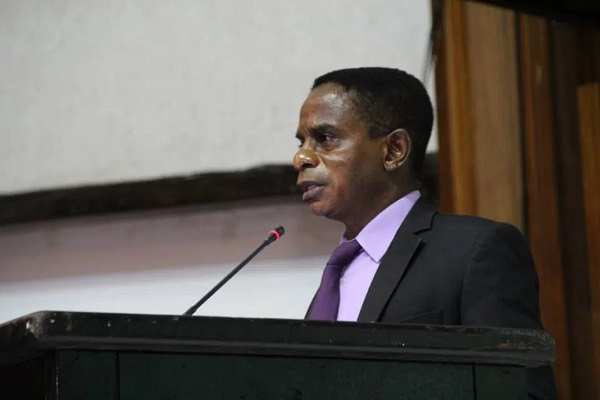 Pressure Group, Occupy Ghana, have written to the (then) Acting Auditor General to apply disallowances and surcharges in respect of damning findings into his recent Audit Report.

According to the group, Johnson Akuamoah Asiedu is clothed with necessary laws to employ the two measures in the retrieval of funds misapplied or misappropriated by public officials.

Their letter of September 9, 2021, read in part: “The reports are replete with ‘irregularities’ that have led to the loss of huge sums of government funds which Article 18(7)(b) of the Constitution calls (i) ‘expenditure which is contrary to law’ (ii) sums ‘not duly brought into account’ and (iii) loss or deficiency through (negligence) or misconduct.’

It further stated that once he identified breaches in his report, it was an obligation on him according to the ruling of the 2017 case of OCCUPY GHANA vs. ATTORNEY GENERAL, “that the exercise of your power to disallow and surcharge is mandatory and no longer permissive and could no longer be at the whims and caprices of the Attorney General.”

The group expressed disappointment that with the litany of infractions contained in the latest report, the Auditor General had dithered in the enforcement of his powers but resorted to warnings and recommendations and asking others (notably the Attorney General) to enforce his powers.

They cautioned against a return to pre-2017 where reports disclosed the theft of public funds but sanctions remained in the reports as: “impotent recommendations that no one regarded, followed or enforced.”

“We are copying the Attorney-General in this letter, to put him on notice that when you have complied, we shall require him, in line with the same injunctions, to take the enforcement steps that the Supreme Court ordered and directed.”

“This is the least that the people of Ghana can expect from our Auditor-General and Attorney-General,” the statement added.

According to the current report, the state incurred GH¢12.8 billion by way of financial irregularities in 2020 alone.

The figure is a marked increase from GH¢3 billion and GH¢5.5 billion in 2018 and 2019 respectively. Mismanagement particularly at the level of Assemblies alone were pegged at a financial value of approximately GH¢77.14 million.