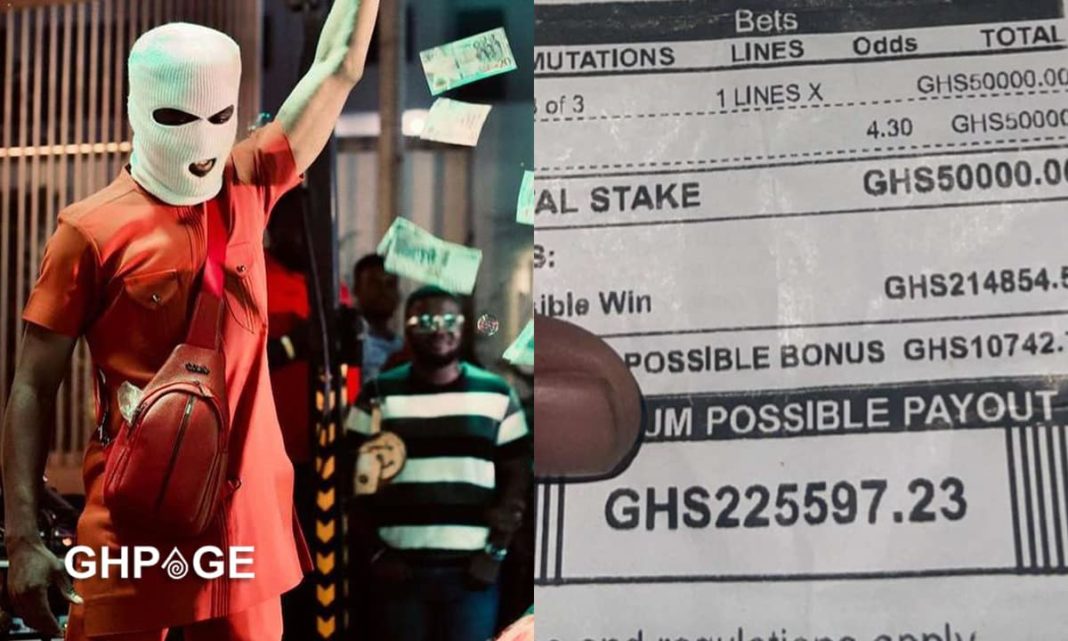 A young Ghanaian man who tried his luck on sports betting over the weekend emerged as one of the big winners after taking a huge risk with his money.

The young punter staked an amount of GHC50,000 on the three matches – AS Roma vs Sassuolo in the Italian Serie A, Olympique Lyon vs Strassbourg in the French Ligue 1, and Leeds United vs Liverpool in the English Premier League.

This meant that he was going to win 4.30 times any amount he was betting.

Social media users have been reacting to photos of Sugar Kwami’s bet slip with mixed reactions with many congratulating him on his rare big win.