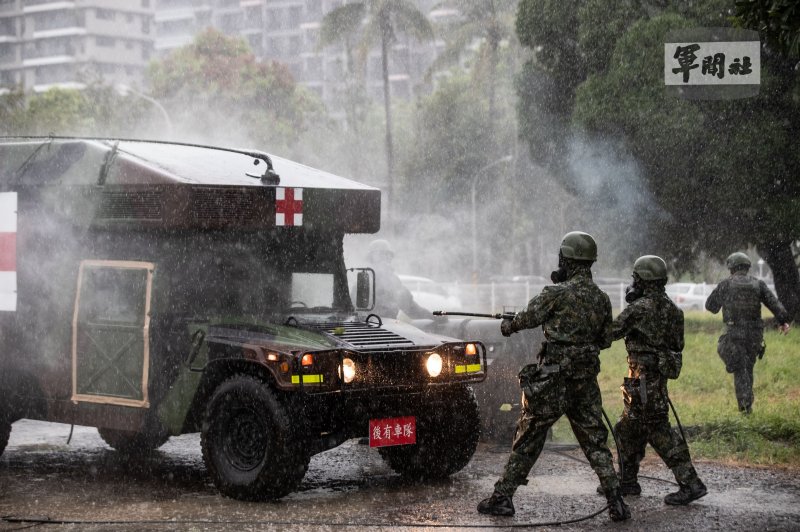 Sept. 13 (UPI) — Taiwan on Monday began a series of military exercises that will run for most of this week and test the island’s defenses during a mock confrontation with China.

The Han Kuang war games are the 37th annual war games and will include testing Taipei’s military response to a simulated biochemical attack in Tainan City.

As part of the exercise, soldiers were sent to nearby civilian hospitals to receive treatment.

Initially scheduled to be staged in July, the games were postponed due to a COVID-19 outbreak and the scope of the drills was scaled down to mitigate the spread of the virus.

Tensions have long existed between the Beijing and Taipei, as mainland China regards Taiwan as a breakaway province and Taiwan considers itself a sovereign state. A week ago, more than a dozen Chinese fighter jets intruded in Taiwan’s air defense zone.

The Han Kuang military exercises, which have been held every years since 1984, will run through Friday.