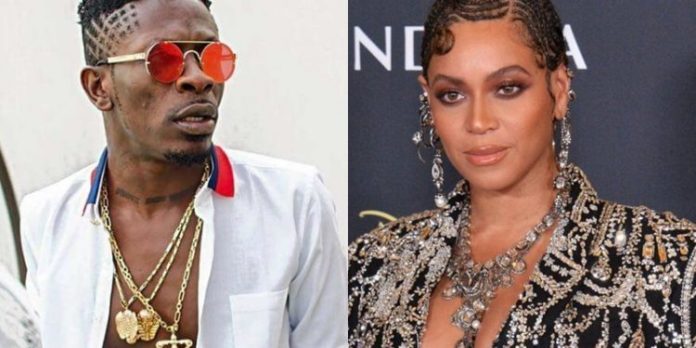 The 2021 MTV Video Awards has been held and our man, Charles Nii Armah Mensah who is known as Shatta Wale missed out on etching his name in the books of winners of the awards scheme.

It could be recalled that Shatta Wale was nominated by virtue of the fact that he was featured on Beyonce’s ALREADY track.

The music video of the track was nominated for the Best Art Direction category, however, that award was won by Saweetie ft Doja Cat – Best Friend.

READ ALSO: “Declare Your Assets Before Talking To Me Because I Don’t Know What You Guys Are Working For”-Shatta Wale Replies to Arnold Asamoah Baidoo

Well, even before the ceremony started, Shatta Wale made a post thanking Beyonce and Jay Z for giving him the opportunity to work with them.

He made the post on his verified social media handle on the popular social media platform, Twitter and it reads;

“God bless @Beyonce and Jay z moreeeee for me …wow!! What an opportunity..If I don’t even win ,am forever grateful at least to see my name on an award show in america many have been craving to be on”