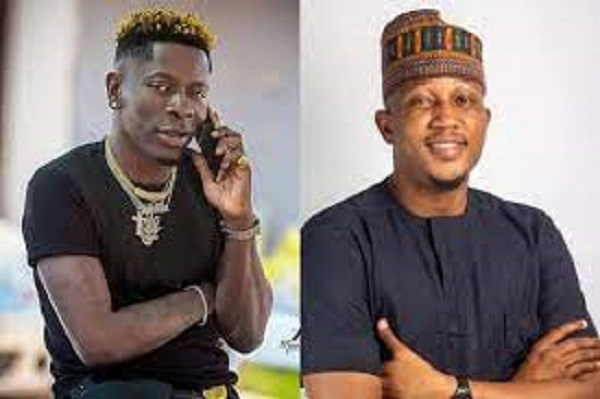 The credibility of the 3Music awards scheme hangs in a balance as Shata Wale reveals a secret suggesting the project is a scam.

Shatta Wale and CEO of 3Media and 3Music awards, Sadiq Abdulai Abu, have been going at it on social media for quite some time now. The genesis of the contention could be pinpointed to when Sadiq called out the dancehall musician over his ‘music video’ comment. The comment is as follows, “Keep shooting music videos like you want to battle Jay Z. You will wake up one day and ask me how I made all this money. And I will tell you this.”

Sadiq disagreed and responded, “Wale is always making hollow arguments and running in circles. Who says that today one cant know exactly how much one makes on a song or video. How such narratives are allowed to fester is shocking.” 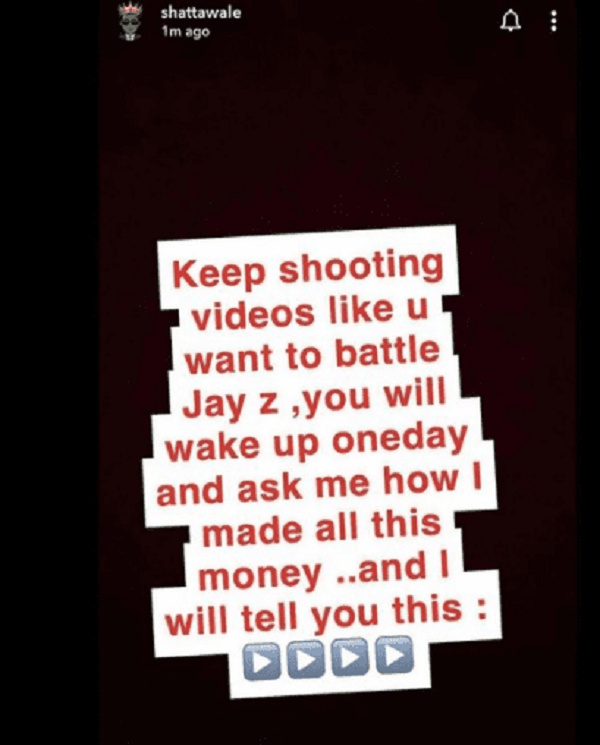 Sadiq’s submission was followed by a barrage of insults, including an assertion that he suffers from halitosis and the most recent allegation that 3Music awards operate on a non-merit basis.

On his IG stories, Shatta Wale wrote, “Sadik do you remember telling me that the 3music awards you will give me 11 awards because Sarkodie and Stone deh bore you. We didn’t do well, but now I am doing well by speaking the truth.” Sadiq is yet to respond to the accusation at the time of the report.

This has raised many questions in the entertainment space because Shatta Wale did indeed pick up 11 awards under the same award scheme. Then he described it as a manifestation of hard work. Now he says it was all a fraudulent scheme. 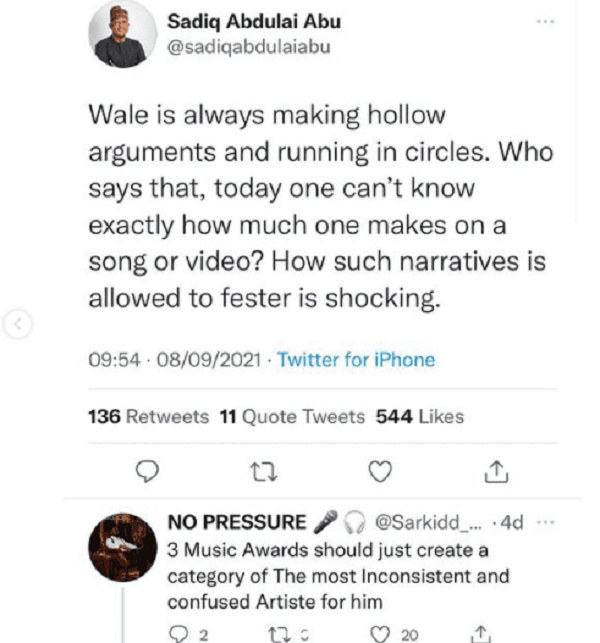 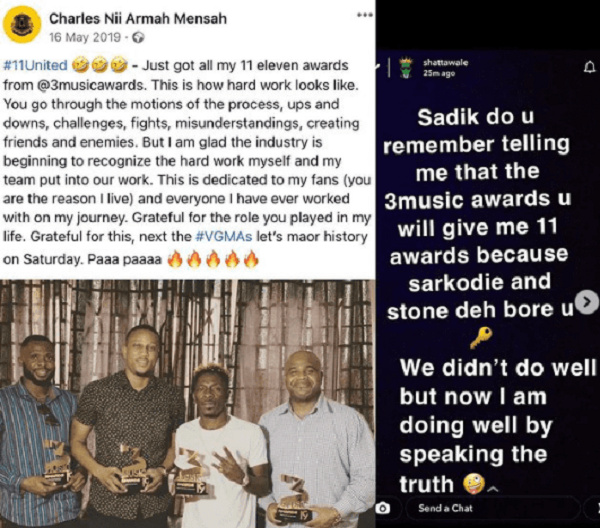