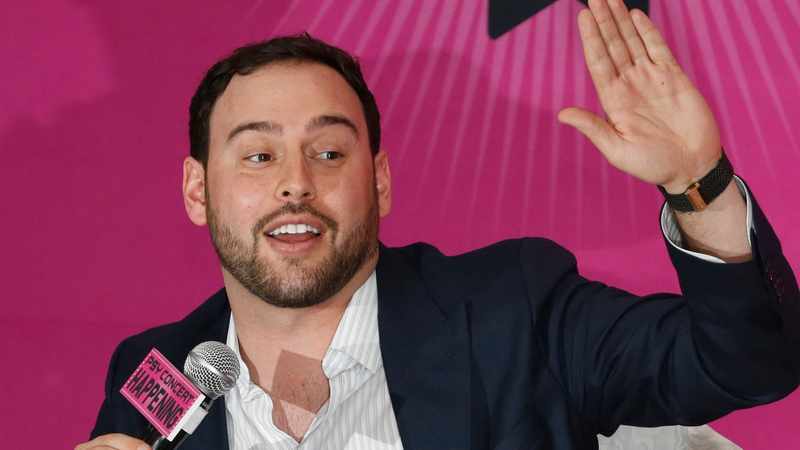 Scooter Braun has splashed out R923 million on a lavish new home in California.

The 40-year-old music mogul – who split from wife Yael Cohen in July – has spared no expense on his new bachelor pad in Brentwood, California, paying just short of its asking price of R994 million.

According to TMZ, the 19 000sq ft property – which was only built this year – sits on four acres of grounds and boasts six bedrooms, 12 bathrooms, a gym, a theatre and other amenities, as well as stunning views of the Pacific Ocean.

It was confirmed in July that Scooter – who manages the likes of Justin Bieber, Ariana Grante, Demi Lovato and Carly Rae Jepsen – had filed for divorce after seven years of marriage, following weeks of speculation that they’d gone their separate ways.

The executive is asking for joint custody of their three children – Jagger, six, Levi, four, and Hart, two – and has agreed to pay Yael spousal support, but the former couple have a pre-nuptial agreement in place for when it comes to dividing their assets.

It previously emerged that Scooter checked into an “intense psycho-spiritual retreat” a few months before separating from his estranged wife.

Scooter entered the seven-day Hoffman Process programme after finding he didn’t feel “present” in his life, and having “dark” thoughts.

He said: “My wife and I began to hear all kinds of rumours, like ‘[Scooter] has gone crazy.’ But it wasn’t that. It was just feeling like I wasn’t present in my life, and [feeling] like the people around me who loved me, I felt their hurt.

“Because, one, we’re all coming in with our own trauma, and weirdly our trauma was matching up, and … I couldn’t fix it. And I’m a fixer.

“Since I was a kid, I was the guy who was going to make it OK for everybody. And I just couldn’t fix things in this moment in time.”