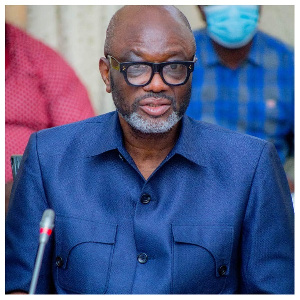 The Ghana Union of Traders Association (GUTA) has called on the Committee on Foreign Retail Trade, to resume the closure of shops owned by foreign retail traders.

According to GUTA, the Nigerian Union of Traders Association in Ghana (NUTAG) has since rejected a special dispensation earlier granted to them by the Government of Ghana after numerous diplomatic efforts to address the matter.

A statement issued by GUTA on Monday September 13, 2021, described NUTAG’s stance as inappropriate and a well-orchestrated ploy to frustrate the Committee on Foreign Retail Trade.

“The Nigerian Union of Traders Association in Ghana (NUTAG) has completely rejected the special dispensation offered to them by the government of Ghana after a series of diplomatic efforts by both Ghana and Nigeria governments,” the statement read in part.

“This inappropriate attitude of the Nigerian traders in Ghana is not only an insult but also a well-orchestrated ploy to frustrate the committee, state, and people of Ghana. Therefore, we of the Ghana Union of the Traders’ Associations wish to appeal to the Committee on Foreign Retail Trade to, as a matter of urgency resume its operations without any delays as the behaviour of the Nigerian traders has seriously provoked Ghanaian traders and reigniting agitations in the markets,” GUTA stressed.

As part of efforts to address the retail trade feud between Ghanaians and Nigerians, former president for the All Nigerian Community (ANC), Chief Nkem Tony Onyeagolu called on President Akufo-Addo to issue a directive indicating a re-opening of closed down shops owned by Nigerians.

The two parties have in recent times had several encounters with regards to retail trading which has caused a feud. GUTA claims it activities in the Ghanaian market was being infringed upon by the Nigerian retail counterparts.

But the Nigerian trading community have argued that the Economic Community of West African States (ECOWAS) protocols allow for them to engage in retail trading without any restrictions.

GUTA in a response said the protocols only allow for foreigners to engage in retail trade only for a 90-day period and this has led to the closure of shops, protests and destruction of property for over a year.

Billy Eichner writes and stars in ‘Bros’ coming next summer