Remember Me In Your Prayers 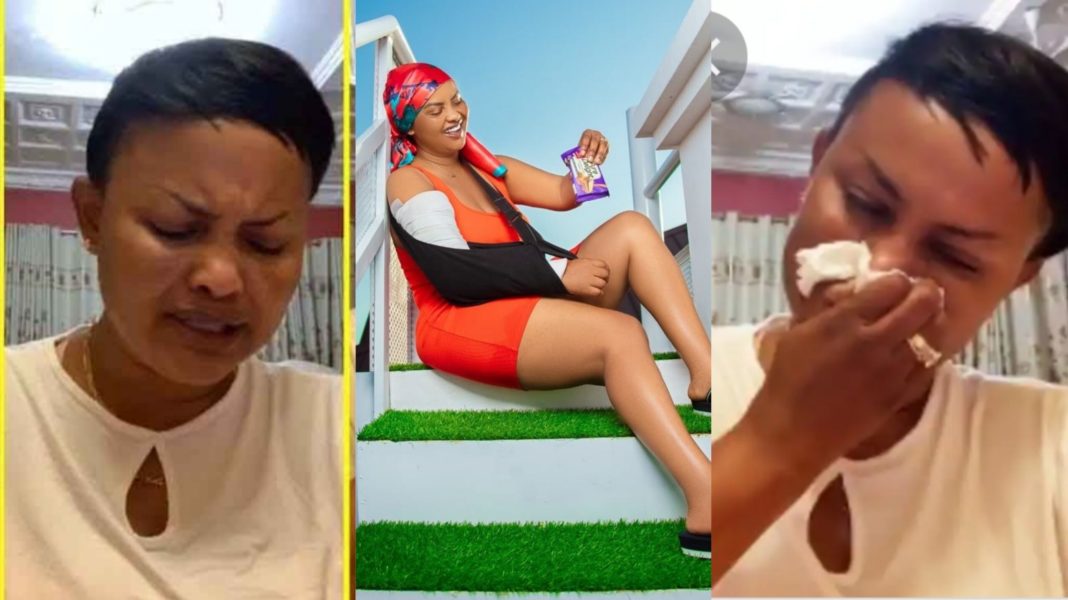 My daughter’s looks keep changing, I cant tell who she currently looks like

Bubbly Ghanaian actress and TV presenter, Nana Ama Mcbrown has asked her fans to remember her in their prayers.

The bubbly actress is currently abroad receiving treatment after she broke her arm in a domestic incident.

In an Instagram post, Nana Ama Mcbrown posted a picture of herself with her arm in a sling indicating she is still not fully healed yet.

For almost two months now, Abeiku Santana has been the host of the United show which used to be hosted by Nana Ama Mcbrown.

This is to ensure that she gets enough rest while she heals and full recover from her broken arm.

Recall that few years ago, Nana Ama was engaged in a ghastly car accident that almost got her arm amputated.

After several surgeries she was back to herself and her job but unfortunately for her, she fell down again.

My new self has positively affected my career – Dhat Gyal