Policeman Arrested With Live A47 Ammunition In Kintampo 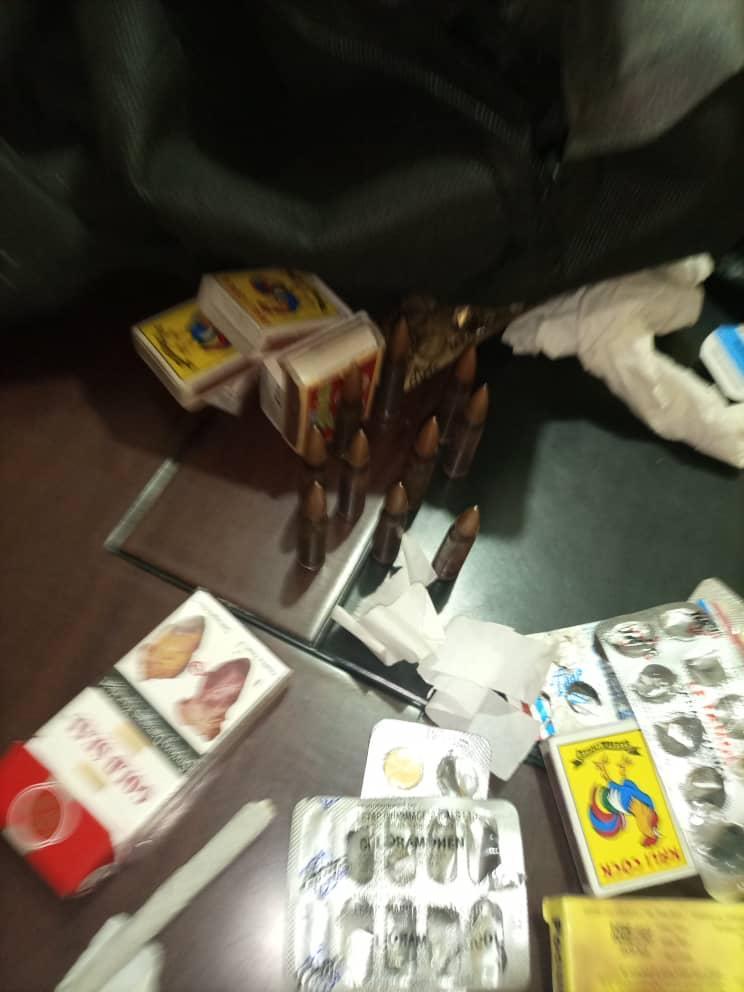 Also in his possession were one dead body bag and a ballistic helmet, property of the Ghana Police Service, and one wrap of dried plant substance, suspected to be narcotics.

Thirty-eight-year-old Boateng was arrested in the Kintampo North Municipality of the Bono East Region after his colleague saw him attempting to steal a Honda motor bike, an exhibit, which had been parked in front of the office.

He was seen pushing it from the premises towards a mechanic shop across the road.

When the eyewitness and another officer followed up to the shop Boateng was not found there.

Chief Superintendent of Police Hussain Awinado, Bono East Regional Police Crime officer, who confirmed the incident on Sunday, said due to the unusual behaviour of Boateng, a search was conducted at his residence in Kintampo, where the items were discovered.

A statement from the Divisional Police Command also confirmed the arrest.

Alhaji Awindago told the GNA that investigations were ongoing to ascertain the source of the weapons and other accoutrements.

He urged serving officers to desist from such nefarious activities, which were against the Service orders.

“These are some of the things that we do and we keep losing the trust of the civilian population in the Police Service,” he emphasised.

- Advertisement -
Share
Facebook
Twitter
Pinterest
WhatsApp
Previous articleAyisha Modi Comes To The Aid Of Psalm Adjetefio To Help Him With His Rent For The Rest Of His Life » ™
Next articleBanks can’t be blamed for gap disparity in lending and policy rates – Dr. Atuahene
- Advertisement -