Owusu Bempah Rushed To Police Hospital,Pictures Of Him Being Handcuffed Leak » ™ 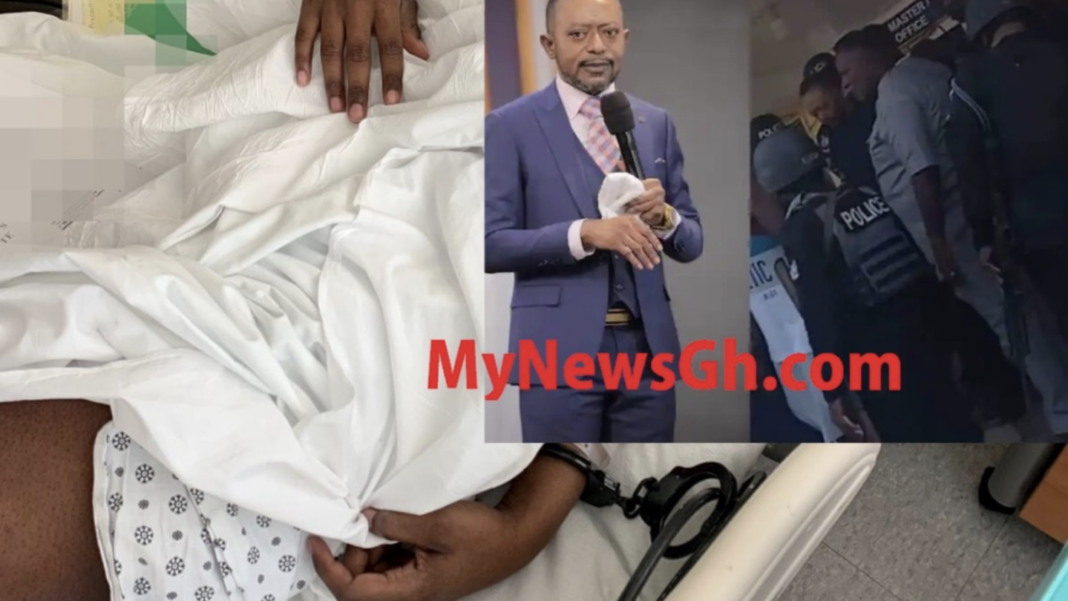 Mynewsgh.com is reporting that Rev. Owusu Bempah has been rushed to a hospital after he took ill hours ago and pictures that have been leaked to the site, shows him being handcuffed to the hospital bed as he receives treatment.

Earlier today, Owusu Bempah was denied bail when he appeared in front of a judge and will appear again in court on September 20 and it appears, thoughts of him spending the next 6 days behind cells, considering that he’s touted himself as the Nation’s prophet and being great friends with the President is really affecting him. 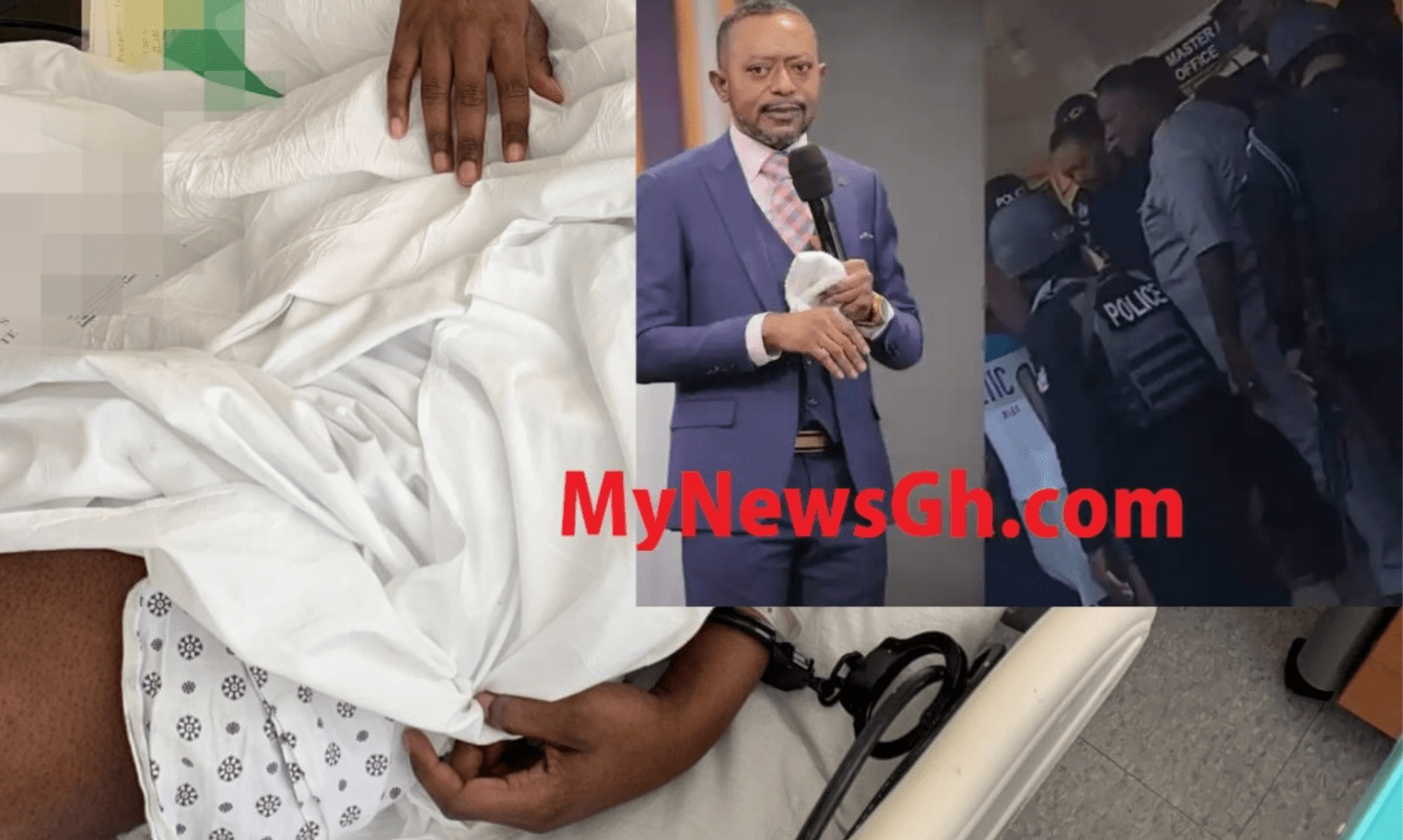 Ghbase.com has learned that, all attempts for Owusu Bempah to get his friends in power to try and use their influence so that at least the handcuffs on him while receiving treatment at the Police hospital taken off has failed.