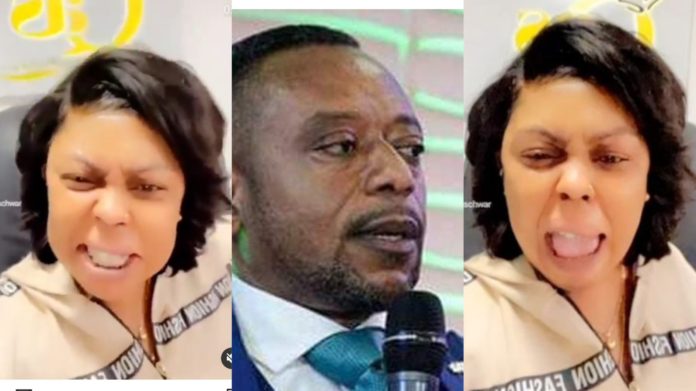 Controversial media personality, Afia Schwarzenegger has reacted to the news about Rev.Owusu Bempah being remanded.

Few hours ago, Owusu Bempah was arraigned before court and despite pleading not guilty to all the charges brought against him, he was denied bail.

The jugde, Afia Owusuwaa Appiah remanded him and his accomplices in police custody and they are to reappear on Monday September 20th.

Reacting to this, Afia Schwarzenegger who didn’t click very much Owusu Bempah applauded the police for allowing him to face the full force of the law.

In a post on her Instagram page, Afia Schwarzenegger stated that Owusu Bempah being remanded will deter him from his Prophetic nonsense.

Some of church members have also described the whole thing as blasphemous. They feel its not right to detain a man of God. 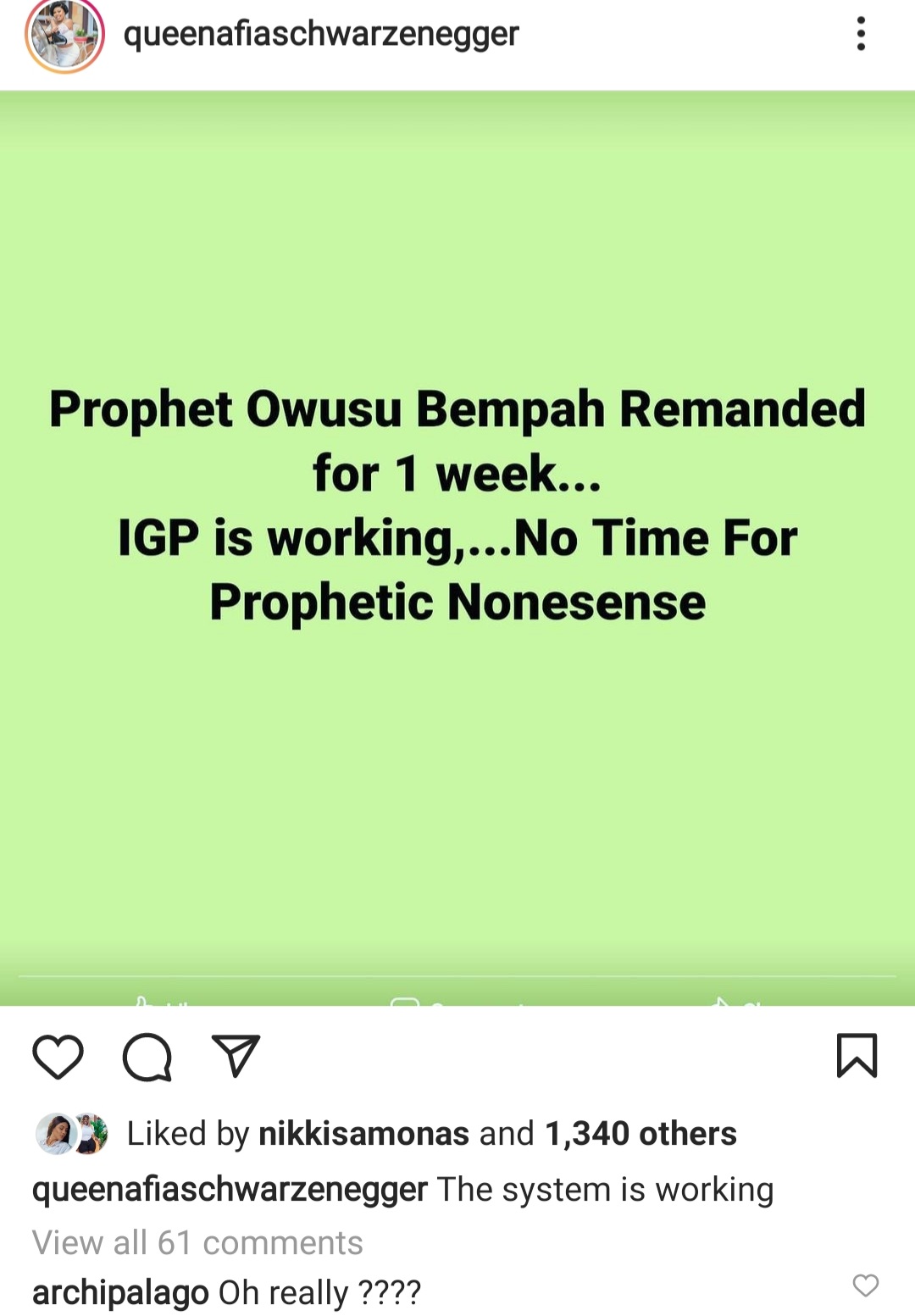