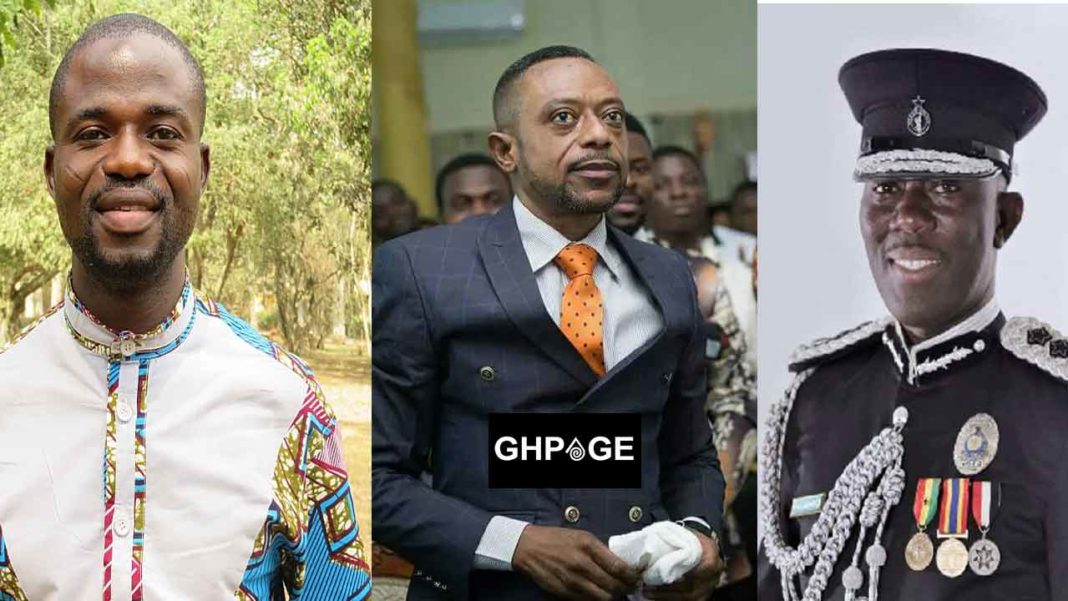 In a Facebook post, the investigative Journalist described the act by the new IGP as proactive policing.

According to him, this will serve as a deterrent to others who are of the view that the laws of Ghana do not apply to them because of their closeness to political power.

He wrote; “I’ve read a statement from the Ghana Police Service that one of the untouchable men in our republic, Isaac Owusu Bempah, is in police custody with three of his accomplices. Other accomplices, the police statement said, are on the run. The statement said they’d be put before court today.

It will be a great sign of progress when we get to a point where lawless people cannot threaten the lives of others or act with impunity because of their closeness to political power. The IGP and the Ghana Police Service must be commended for acting on the viral video involving Owusu Bempah and his associates.

I’d read an earlier statement that said a taxi driver who had confessed on television to taking part in murders has been picked up following the interview. That is proactive policing. And it’s good”.

This comes after the Head pastor of Glorious Word Power Ministries International, Rev Isaac Owusu Bempah, and his other three junior pastors were apprehended.

According to the police, they were arrested for the creation and circulation of multiple videos containing threats, the brandishing of a weapon, and the assault of some Police Personnel.

The arrested suspects have been detained and will be arraigned before the court.