Mahama’s ‘do-or-die’ is an idiom, Nana’s ‘all die be die’ was justified at the time 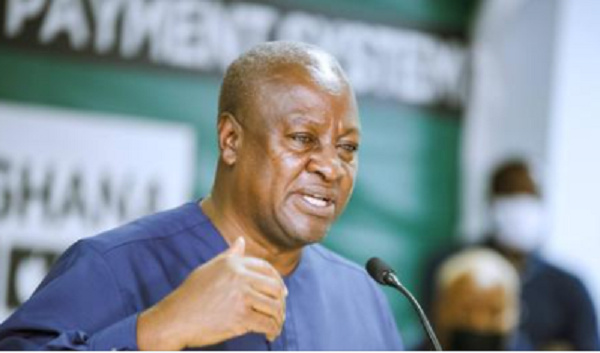 A lecturer at the Ghana Institute of Languages, Department of English Language and the Ghana Institute of Management and Public Administration (GIMPA), Mr. Abubakar Abdullai, has stated that the ‘do-or-die’ comment by former President John Dramani Mahama is not a threat to national security and does not represent violence.

Appearing on Frontline on Rainbow Radio 87.5Fm, the lecturer said the comment was an idiomatic expression and not violent as some have suggested.

Mr. Abdullai explained that persons who are attacking Mr. Mahama have no justification because the comment was not harmful.

He indicated that opposition leaders or politicians, in general, are fond of using rhetorical figures and metaphors in stating their opinion on issues.

He said contextually, the ‘do-or-die was justified because it was based on the outcome of the 2020 polls and the NDC’s claim that they have learnt their lessons from their defeat in 2020.

“It was an idiomatic expression. He premised the comments on something and said they were not happy at the turn of events in the 2020 polls. He said the NDC would be vigilant, and because he is a politician, he did not use plain language but used it would be ‘do-or-die,” he added.

When asked about the ‘all die be die by President Alufo-Addo in 2012, he said the comment and the circumstances under which the President said it was justified.

The lecturer said the comment was premised on alleged intimidation against the NPP.

He [Nana Addo] had said this following alleged intimidation by the NDC in that election year.

Later in 2016, he apologized and said he was misunderstood, he added.