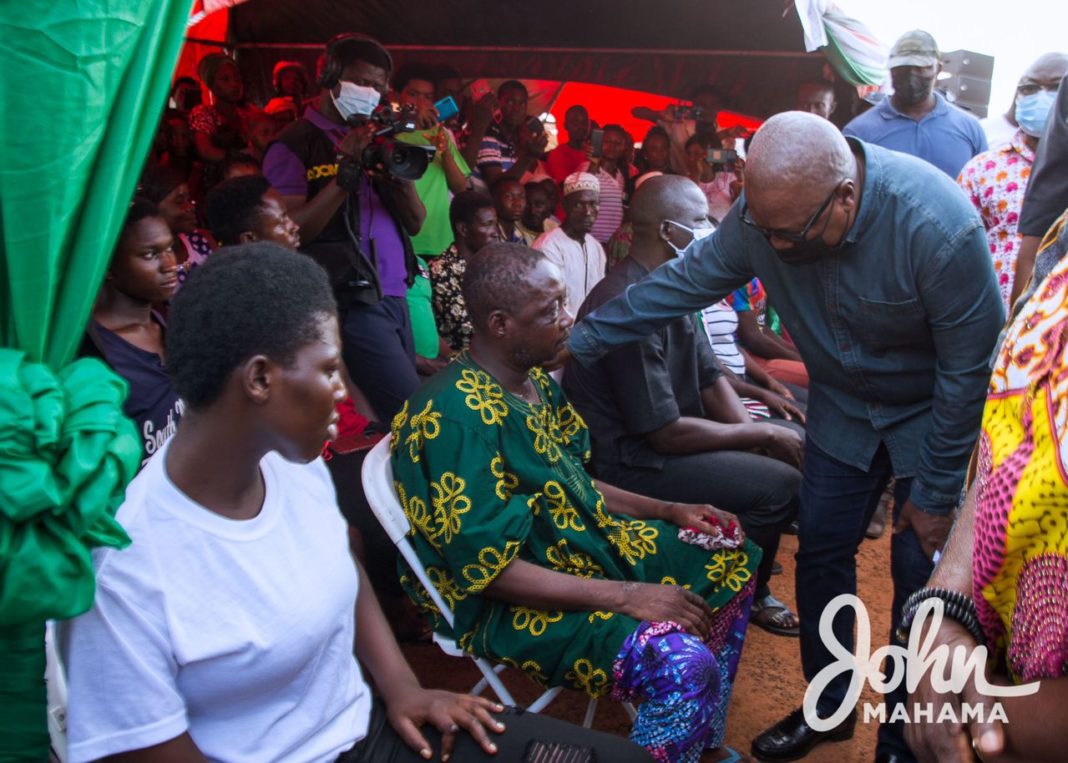 Former President John Mahama and the leadership of the National Democratic Congress (NDC) on Sunday visited members of the party at the Frante branch in the Ejura constituency of the Ashanti Region, who were involved in an accident in the run-up to the December 2020 elections.

The November 21 accident, which occurred when the supporters were travelling to Ejura for a constituency rally, resulted in some deaths while a number of the NDC supporters including the Branch Chairman had their legs and arms amputated.

Ahead of his tour of the Ashanti Region to thank the people for their support and votes in the election, the NDC 2020 Presidential Candidate visited Frantie to console the families of the dead, thanked the chiefs and people for their care for the injured and also personally visited the injured.

The family of the victims and the injured, speaking through the Branch Chairman for Frante, thanked Mr Mahama for his support, through the Member of Parliament (MP) for the area, for their welfare.

But he said that many of them are no longer able to go to their farms and have other challenges, and appealed to the party and President Mahama for assistance.

President Mahama presented ¢50,000 to the victims and announced that all those with amputations will receive prosthesis, an artificial replacement for a missing limb.

Others with any complication will also be given further treatment in Accra. He urged the MP for Ejura Sekyedumase, Bawa Braimah Mohammed, to facilitate with his office for the treatments.

President Mahama, accompanied by his running mate, Professor Naana Jane Opoku- Agyemang and other officials earlier paid a courtesy call on the Chief of Frante, his elders and queen mother to thank them for their support.

‘Sorry mummy, I didn’t mean to’ – Stonebwoy’s daughter asked for forgiveness after her mom punished her for destroying a gadget