Mahama calls Bawumia to console him over mother’s death 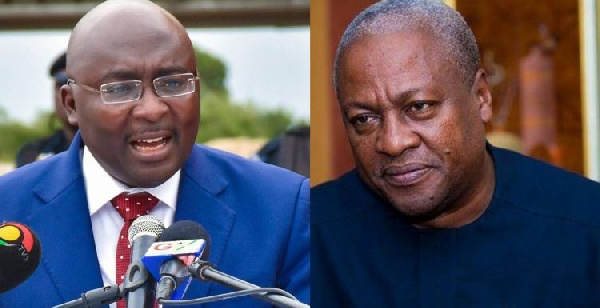 Former President Jonh Dramani Mahama has called Vice President Mahamudu Bawumia to console him for the loss of his mother.

The death of the Vice President’s mother was announced by the Vice President in a statement and Mr Mahama has become the latest of a growing list of personalities who have shared their message of commiseration with Dr Bawumia and his family.

“I just got off the phone with my brother, Dr. Mahamudu Bawumia, to console him and the entire family on the loss of their mother, Hajia Mariama Bawumia earlier this morning.

May Allah grant her a peaceful rest,” Mr Mamaha shared on his Facebook page.

The Vice President in a statement announcing the death of his mother said, “Hajia Mariama passed away peacefully this morning in Accra. Burial is scheduled for tomorrow, Tuesday, September 14, 2021, in Walewale.”