Lawyers are not above the law so stop evading taxes 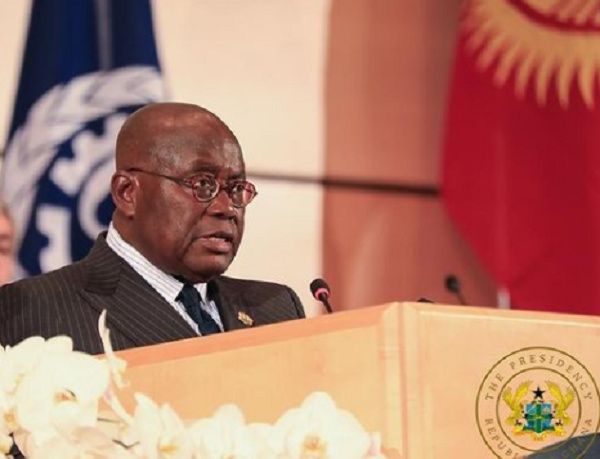 President Nana Addo Dankwa Akufo-Addo has advised lawyers to pay their taxes as required by law.

Speaking at the Ghana Bar Association’s 2021 conference, he said charity begins at home, and as a legal practitioner, it was prudent for them to set good examples.

He was reacting to a recent disclosure by the Finance Minister that some 6000 lawyers in the country are not filing their income tax.

Finance Minister Ken Ofori-Atta who revealed this said further disclosed that several doctors and over 60,000 business people have been evading tax, per an exercise conducted by the Ghana Revenue Authority.

The Minister called on Ghanaians to stop bashing the government over the country’s current state due to the fact several professionals are not even paying their taxes.

He said “so, once upon a time, we had 5.5 million Tax Identification Numbers… which most of us try to dodge, now today, because of the National ID, GRA has 15.5 million TINs. Now that’s triple, adding.”

He added “and then we went through the exercise to sort of titrate to see what we’ve got, and we got about 60,000 businesspeople who were not paying taxes…some 5,000 or 6,000 lawyers are not. Some doctors [are not paying income tax]…so you begin to see all of these professionals, all of us on social media ranting against the government and realize that most of these people are not even paying taxes.”

President Akufo-Addo, in his submission, said taxation although not popular, is an obligation of businesses including, lawyers.

He said it was about time we start making the payment of tax, a certainty part of our lives.

He said our tax to GDP ratio of 14% compares unfavorably to our peers the world over especially West Africa which has 18%.

The President said the recommended percentage for ECOWAS member states is 20%.

The President, who is also a lawyer, said it would be prudent forGhana to enhance its revenue mobilization approach to create better opportunities for the youth of the country.

He added that we have an infrastructure deficit as well the impact of Covid-19 requires more money for the government to use in resolving challenges confronting the country.

He stressed although the Bar Association has expressed their readiness in supporting the agenda for paying of tax, they don’t pay tax.

He said some lawyers even help companies evade taxes and prevent billionaires from paying taxes.

To him, lawyers must inspire confidence in others to pay their taxes hence it is a relevant call for lawyers to stop evading taxes and pay their taxes as required by law.

He said the record of lawyers paying taxes has been historically poor.

“It is unfortunate that members of the profession have not been known to set a good example when it comes to paying taxes. They appear to think that been members of the learned profession put them above complying with everyday civic duties.”

No one went to the U.S. because of ‘small fry’ Twene Jonas – Owusu Bempah